11 Little Things Men Secretly Adore About The Woman They Love 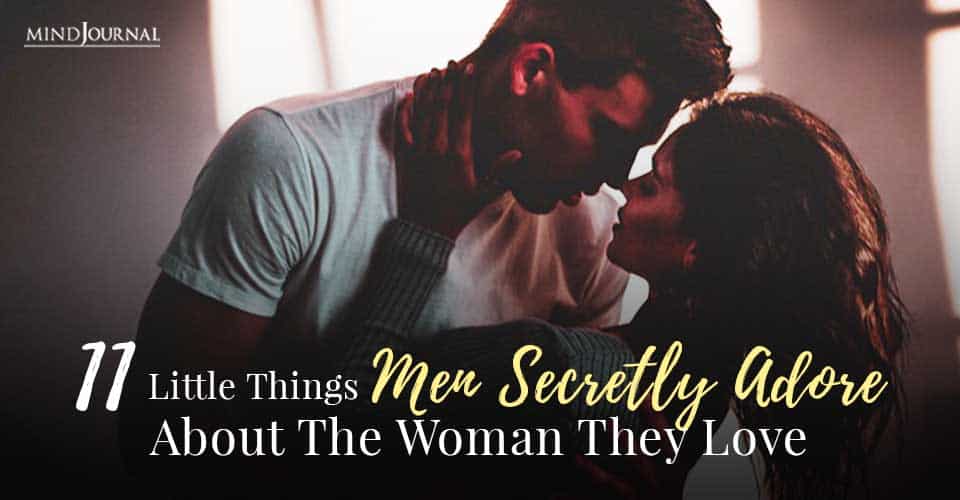 9. He loves going to you for advice.

When you really respect someone for who they are and the things they think, you value their opinion in ways that trump the thoughts of others.

10. He loves when you get physical with him.

No, I don’t just mean sexually (though, no guy will complain about the woman in his life initiating sex); I’m referring to the little things — the random hugs, the random kisses on his cheek, the random hand on his knee while you’re sitting next to him, or the arm around him while you’re walking.

Related: 8 Things Men Do Only For The Woman They Love

11. He loves looking into your eyes.

Looking into another person’s eyes can be a little awkward. You’re not really sure where to look, which eye to look at, or maybe you should just look at the bridge of their nose.

But not with you. The awkwardness dissipates and is replaced by excitement.

It’s replaced by hope. It’s replaced by love — a love that can only grow between two people who open the windows to their souls and allow one to reach through and embrace the other. A calm serenity that makes you want to hold your gaze, not turn away.

When a woman is right for a man — and I mean, when she is really right for him — there will never be a list long enough to explain all the things he loves about her.

All he will be able to do when she asks him, “What’s that look for?” is a smile, shake his head, and say, “Oh, nothing …” Because sometimes, that’s all he can muster.

But believe me, it’s just his way of telling you that no words will ever suffice, only love will.

James Michael Sama is an award-winning Boston-based blogger on the topics of dating and relationships, having amassed over 30 million readers in just a year and a half. He writes and speaks on the topics of chivalry, romance, and happiness throughout the country and has been featured repeatedly in news segments, talk shows, and mainstream radio.