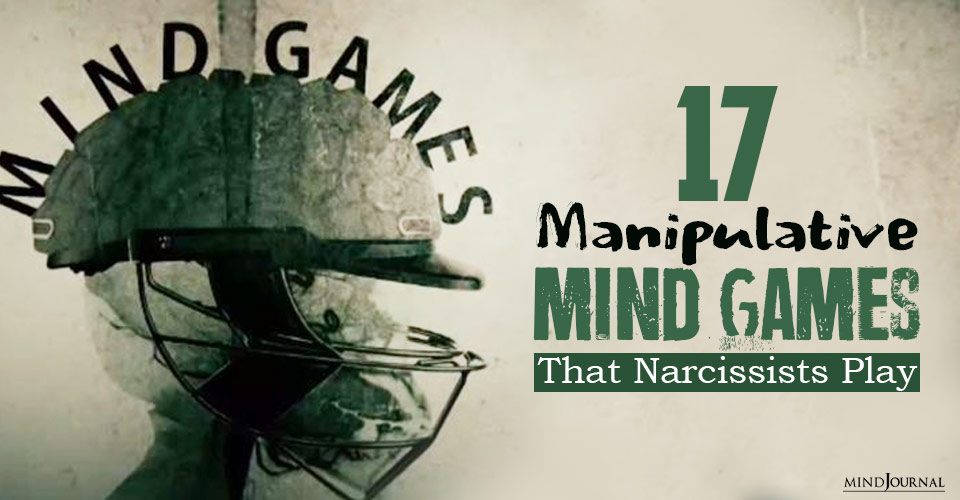 By engaging in the vague, the vapid, and the amorphous we have you start obsessing over us. Once again the focus moves on to us as you ask yourself what did he mean by that comment? Why is he late? Why did he just do that?

You look for clues that are non-existent and seek answers which are not there, reading too much into what are often innocuous scenarios.

The infamous act of causing you to doubt your own reality and is invariably the cumulative effect of many different types of mind games. You end up doubting yourself and accepting our false reality as the true reality instead.

Related: Rationalizing Manipulation: How Narcissists Take Advantage Of You

“But she is just a friend.” “How can I be having an affair when we only meet during daylight.” “You are reading too much into it.”

The appearance of somebody who we talk about a lot, spend time with and appear to admire is designed to bring about jealousy in you and undermine your self-confidence.

The complexity and absurdity of our behavior mean that you are unable to fathom out what is actually going on. This results in you needing to find some kind of answer in order to give you peace of mind and therefore since you have no ground to question us, you decide you must be at fault and being to blame yourself.

After all, nobody gets furious for no obvious reason do they? You must have done something wrong to provoke us. It is your fault.

The movement of our faults and unpleasant behaviors from us to you. The accusation that you engage in the very behavior which we undertake ourselves.

The unmerited and savage attack on you, criticizing you for any number of things; how you walk, how you talk, your hair color, who your friends are; how you made the coffee this morning. Anything and everything about you will be attacked even though you cannot see the basis of doing so.

The defensive step of ensuring that we are never to blame or held accountable. Anything that goes wrong, any incorrect behavior, any mishap is all down to you. You caused it, you brought it about, you made it happen.

Even though you cannot see any factual basis for the accusation that has been flung your way, this will not stop it from happening.

We do not just deny, we deny with such conviction, determination, and authority that surely only someone who does this is someone who has to be right, yes?

Related: The Gray Rock Method: What It Is and How To Use It Effectively To Shut Down Toxic People

You are being spoken about, whispered about and slurs cast against your name, at least you think that is the case. You seem to be receiving strange glances and hear snickering when you walk by certain people, but you never hear anything concrete or certain.

You might be mishearing, you might be misreading, it may just be paranoia. Trying to work out if you are being smeared is like trying to catch a gas with your bare hands.

The staple of the narcissistic arsenal. Why is he silent? Why has he vanished? What have you done wrong? When will he speak to me again?