Letter From a Narcissist’s “True Self”

Here is a song that describes me well.

Don’t wait for me to change. I won’t. Don’t play my games. Even if I rage, hold your ground. You’re stronger than I am. I will never let you know I know this. Don’t fall for my lies.

Better yet, leave now. Keep your soul intact. Don’t allow me to turn you into a shell of what you used to be or worse, a person like me, even though it’s what I want. 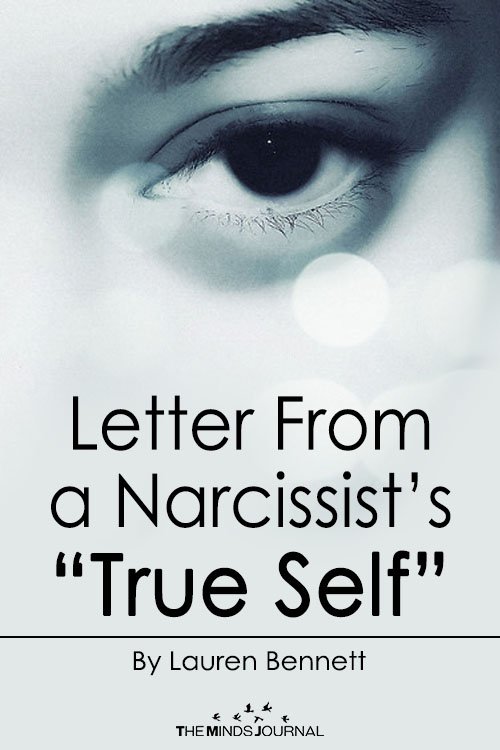 Lauren Bennetthttps://luckyottershaven.com/
'Hear No Evil Speak No Evil' by Shadow Mario on Deviantart For a long time I thought I suffered from The Trifecta of Victimhood (largely brought on by my lifetime of living as prey in a jungle of predatory narcissism): Borderline Personality Disorder (BPD), Avoidant Personality Disorder (AvPD) and Aspergers Syndrome. Try living with that combination. Never a dull moment, but I wouldn't wish it on my worst enemy. It's still better than being a Narc. [my thoughts on that last remark after my dive down the rabbit hole: HAHAHAHAHA! LMAO! Why the laughter? Because for awhile, from about August 2015 through December I was absolutely convinced I was really a Covert Narcissist. It's very confusing, but thank God I'm not one. My therapist doesn't?t think I do, but Complex PTSD, BPD, and Avoidant PD together can look an awful lot like Covert Narcissism. I also suffer from Seasonal Affective Disorder (fall/winter type) and was recently given a new diagnosis of C-PTSD (replacing the BPD).
- Advertisment -