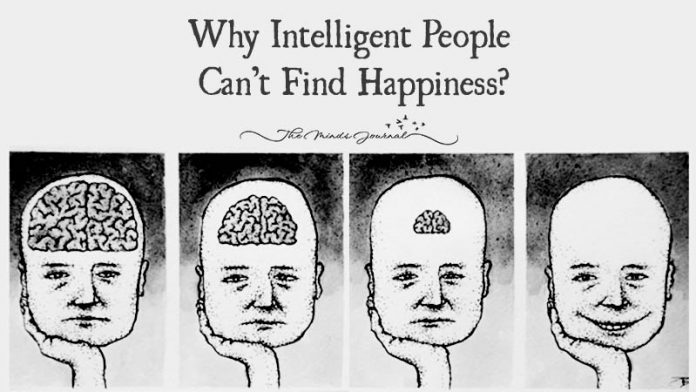 “The ability to observe without evaluating is the highest form of intelligence.” ― Jiddu Krishnamurti

6) When the conditions are less than optimal, they feel let down.

Things don’t often have the same end result: intelligent people have a firmer grasp of everything and give the best solution to all conditions in matters.

7) Unmistakable self scrutiny of self:

Most intelligent people tend to incline towards a low self image and meagre pride because of the harshness in the way they judge themselves. They will not favour bad qualities and accept them at face value. Their personal standards are high and they become sombre.

8) They look for higher realms:

Human contact can be the greatest source of happiness. We always share our worries and stresses with people so that it makes them easy to cope with. Most intelligent people seldom find anyone with the same depth of character to help share their worries and ease their burden.

People who have an above average IQ have a psychological disorder that makes them constantly judge and sum things up by asking relentless questions. This is not a healthy road to go down if taken too far. The human mind is very complex and not fully understood. Over analyzing and feeling isolated is a fact of life for intelligent people. This can be unhealthy though.

“Happiness in intelligent people is the rarest thing I know.”-Ernest Hemimgway

11) Happiness is a daily hard work:

You should not be able to give up on humanity so easily and cave in. This is a cause of such unhappiness at the end of the day for intelligent and sensitive people. To have social quirks and tendencies is a natural way of life for most intelligent people. Average people do not have the depth of understanding the extent of sensitivity in intelligent people.