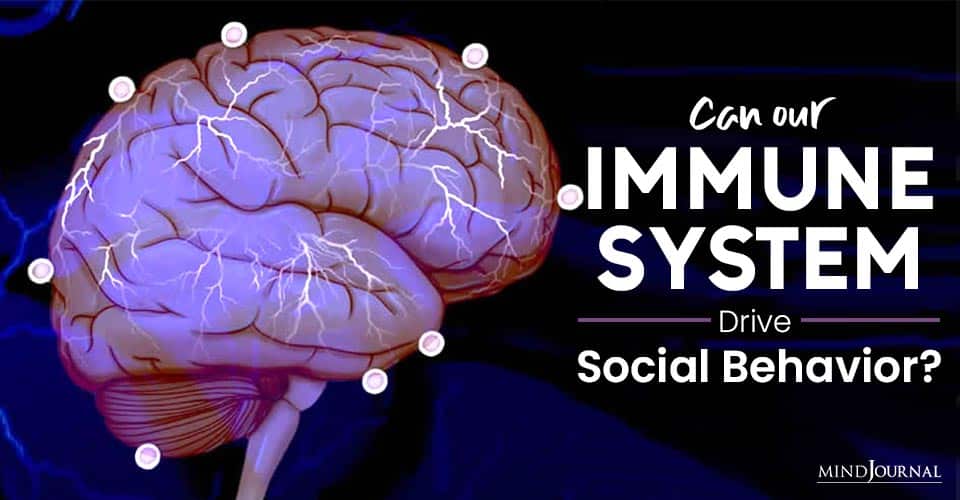 These striking results thereby show how that a molecule produced by the immune system can have a determining influence on social behavior. But such as the immune system can drive sociability, it is possible that immune dysfunctions may contribute to an inability to have normal social interactions and play a role in neurological and mental disorders characterized by social impairments, such as autism spectrum disorder, frontotemporal dementia, and schizophrenia, for example.

Social behavior is crucial for the survival of a species through foraging, protection, breeding, and even, in higher-order species, mental health. On the other hand, social interaction also brought about an increased exposure to different pathogens; as a consequence, our immune system had to develop new ways to protect us from the diseases to which social interaction exposed us.

And social behavior is obviously beneficial to pathogens since it allows them to spread. The authors of the study therefore hypothesized that the relationship between humans and pathogens may have driven the development of our social behavior. There may have been a co-evolutionary pressure to increase an anti-pathogen response as sociability increased, and it is possible that IFN-gamma may have acted as an evolutionary mechanism to simultaneously enhance social behaviour while also enhancing our anti-pathogen responses.

The implications and the questions that arise from these findings are tremendous. Is it possible that our immune system modulates our everyday social behavior or even our personality? Can new pathogens influence human behavior? Can we target the immune system while treating neurological or psychiatric disorders? New research avenues are wide open.

Sara Adaes, Ph.D., has been a researcher in neuroscience for over a decade. She studied biochemistry and did her first research studies in neuropharmacology. She has since been investigating the neurobiological mechanisms of pain at the Faculty of Medicine of the University of Porto, in Portugal.View Author posts