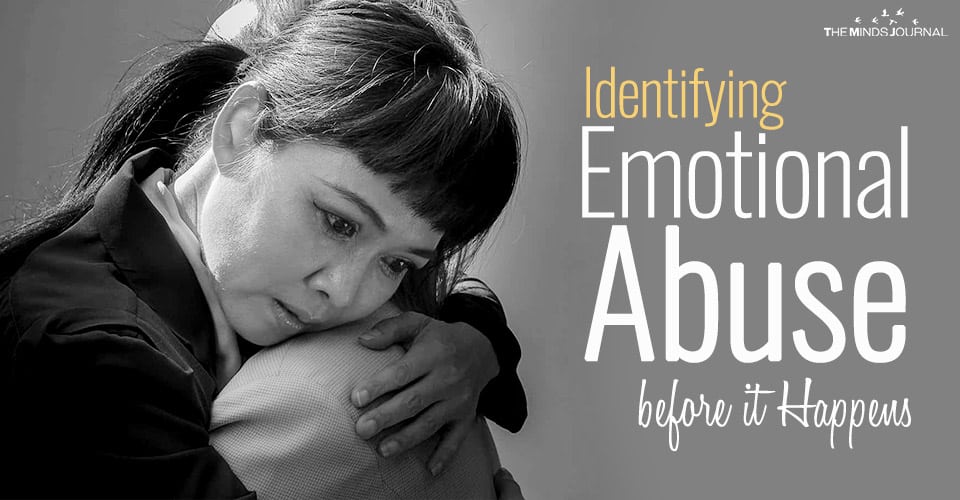 Once the relationship was over, all the money he owed me was no longer his problem.

Kind words that he had feigned regarding my job and career choices turned cold turkey to, “You’re a f*cking lackey.”

Read : Are You a Psychopath? Lets see if You Can Pass This Test

Abusers very rarely see themselves as abusers, which is why they almost never stop abusing. My abuser said things like, “I only attract crazy people” or “They made me do x, y, and z,” always looking through the lens of a victim when discussing exes, family members, friends, etc.

Because of this, whenever conflict arose, I was always wrong or to blame in his eyes. He refused to utter “sorry,” claiming that using that word makes you a self-deprecating person, yet he expected it all the time from me.

Abusers tend to find people with bleeding hearts or a savior complex, and they will allow their partner to “fix” them in order to 1) make their partner feel like she or he is different and the only one who truly understands the abuser, and 2) (usually towards the end of the relationship) use this as a threat for why the partner needs to stay (i.e. “you’re supposed to be there for me no matter what”).

At the very end of my relationship, when for the first time I saw the heightened abuse with clarity rather than just a “complicated relationship,” I suggested anger management, and offered to go with him so it didn’t come across that I was singling him out. When he used lack of funds as an excuse, I offered to pay. When he still refused, I finally saw the distinction between someone with demons who is wanting and willing to do whatever it takes to healthily work them out versus a true abuser, who would rather just find someone new who hasn’t figured out their true character yet and start the cycle of abuse over with them because it’s easier.

This list is by no means exhaustive, and doesn’t even begin to get at the complexity of emotional abuse, especially when coupled with other factors like substance abuse, family history and mental illness, all of which were present in my relationship.

But I’m not here to talk about all that, I’m sharing simply to shed a bit of light on key signs of emotional abuse, which is so damn underexposed, if for no other reason that it doesn’t bear the visible scars that physical abuse does.

I’m also not here to tell you that I’m perfect, or that I didn’t possess qualities that probably enabled the abuse at times.

There is a certain kind of gratification that comes from helping someone improve, but if there’s anything I’ve learned, it’s that the uplifting has to be mutual, no matter what kind of relationship it is. Anything less is a sure-fire path to the annihilation of your self-worth, and a total expending of your good energies on others, leaving nothing left for yourself.

I did try to leave, but ended up doubting my own intuition every time.

I even called the National Domestic Abuse Hotline once after the abuse hit a verbal and somewhat physical climax. I was on hold for 45 minutes, during which my abuser insisted I was on the phone with a dude who I was making arrangements to go sleep with. But, at the time, I expected nothing else from him. It had all become normalized, you see.

I can’t reiterate enough how slowly emotional abuse can creep into your life—the first stage of complete adoration, gaslighting, and love-bombing from the abuser happens very quickly, but everything else is oftentimes so subvert you can only recognize just how bad it was once you’ve left.

Many people stay in abusive relationships far longer than they would like because they keep remembering the good times and subdue the bad. I would be lying if I said I wasn’t doing the same when it was first over. But as soon as I was able to identify the one thing we truly shared a passion for—cycling—I realized just how easy it was to replace the good feelings associated with those rides with hundreds of others in my city’s beautiful bike community, or even with the dozens of solo rides I’ve taken since getting back on my frame.

And I’ll leave you with this, only because it’s applicable to all injustices everywhere, not just the gross human rights violation that is domestic violence.

If someone/thing/force is bringing you down through its weakness, flush that shit and don’t forget to wipe.