For centuries now, racism remains an emotive issue whenever it features in discussions. Dejection, objection and rejection are often manifest emotions people who feel racially segregated exhibit. But how to stop racism remains the monster in the house. People get racially abused every day, and it is because even in the 21st century, many still harbor deeply seated hatred and perceptions that of ‘we are not the same.’

Now, here comes the big challenge. As the world tries to grapple with divisions instigated by differences in skin color, questions about racism continue to crop up everywhere. If you haven’t seen a soccer fan hurl a banana into a pitch, you must have watched News on TV about a teenager storming a church dominated by a given race shooting at everyone indiscriminately.

These are not isolated incidences. They happen everywhere in the world. It, therefore, means that everyone already holds enough knowledge about racism, but unable to contain its ripple effects. For a student, focusing on studies in a white-dominated or black-dominated school is arguably a difficult ordeal.

And while teachers may want to dispense on this topic with the help of Dr. Margaret Hagerman’s book White Kids: Growing Up with Privilege in a Racially Divided America, without exercising caution, racism would remain a nightmare even for generations to come. Dr. Margaret Hagerman, before publishing her book, discovered through research, that kids from Affluent families in Midwestern American communities learn about racism whether their parents talk about it or not.

How to tell students about racism without affecting them negatively

The world is home to diversity. But despite the raising awareness of the need to shun racism, many would agree that discussions about racism can be injurious to the people of color. That’s why teachers should device healthy ways of teaching about race-related issues.

From exploring different types of racism, helping students understand why they exist to appreciating one another, it is that time people took the monster by the horns. For starters, asking studyhippo.com to help with topic ideas on racism wouldn’t be a bad idea. But it is important to steer clear of biases. Discussions that revolve around differences in skin colors are more than holistic. Teachers should aim at striking equilibrium, even if it comes to issuing college essay assignments on racism. No one likes a feeling of being discriminated, and it gets worse when it has everything to do with differences in skin or hair color.

The following are, therefore, the healthy ways of talking about race and racism to students without injuring them: 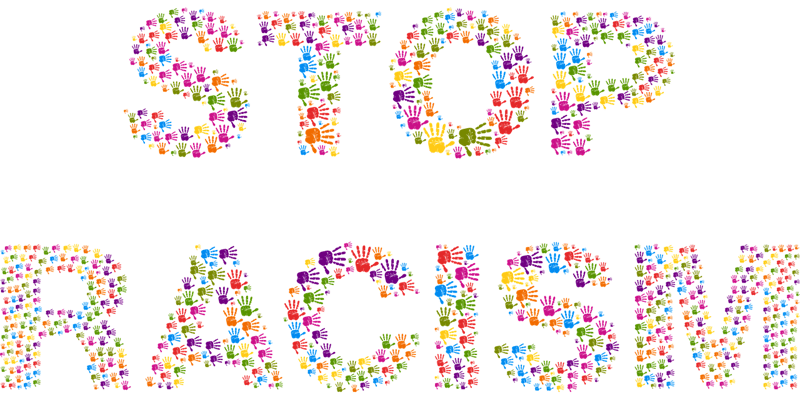 Engage every student in a healthy discussion

How to talk about race shouldn’t be a question we ask today, especially if we make the most of the findings by Dr. Margaret Hagerman. Because most kids realize their differences as early as in middle school, it is that time teachers engaged students directly on the topic. It is partly to avoid letting learners jumping into conclusions that reek of factual inaccuracies.

Not telling them why some classmates have white complexion, others red and the rest black would do more harm than good. They would start filling in the gaps for themselves, an approach that is often toxic. However, when teachers and students learn to take on the topic head-on, questions about racism will no longer be about who is inferior or superior.

Rather, answers will aim to promote awareness and equality. Learning about racial segregation is, therefore, a topic that is worth exploring at school in an open discussion session and profoundly.

Be the example everyone would want to emulate

Even without involving students in discussions about racism, it is important that everyone learns how to talk about race without hurting their neighbors, friends or classmates. But given how emotive the issue often is, dealing with the elephant in the house can be difficult without providing concrete examples.

Therefore, apart from open discussions, teachers should also aim to give students examples which they can relate to or from which they can learn a lesson or two. What if you teach everyone to shun racism and embrace each other, but your life depicts the opposite? Kids are a curious lot of people, and most of the times, they emulate the actions of adults.

They may not know that actions speak louder than words, but are often the best enactors of behavior. With this, educators must learn that sharing their own experiences on matters of racism is another approach that makes everyone ready to change the world.

Teach students how to be positively curious

By nature, kids ask lots of questions as they increasingly become curious about the world. But here is the question: How do you help them fulfill their quest for knowledge and understanding of racism without hurting anyone? Think about a question like this: why does so are so look different from me? The truth is that providing answers to these queries can be difficult, especially if a student asks them unexpectedly. However, you can still help someone learn how to ask things respectfully yet still satisfy their curiosity without inflicting pain in another person’s life.

Therefore, it is imperative teachers and parents keep such conversations flowing naturally, but cautious enough to address a student’s intention. You don’t want to pass on an impression of avoiding a question on racism because a child may just base his or her interpretation of racism on things they see people do or the unsaid.

Act the ‘advocate’ about racism

Another approach towards discussing racism is being an advocate for change. What does it mean? Well, it is all about making everyone be part of the conversation. Listen as necessary and intervene when things start getting out of control. You can start by asking students to craft an essay on racial segregation with a strong emphasis on solid real-life examples.

We should let everyone talk about their points, which may include personal experiences.  However, we should be on the lookout for discussion excesses that may signal discrimination. Most importantly, sensitize everyone to embrace each other regardless of their skin color or culture. At this point, giving real-life examples would help resolve a lot of conflicts.