How To Spot Manipulation 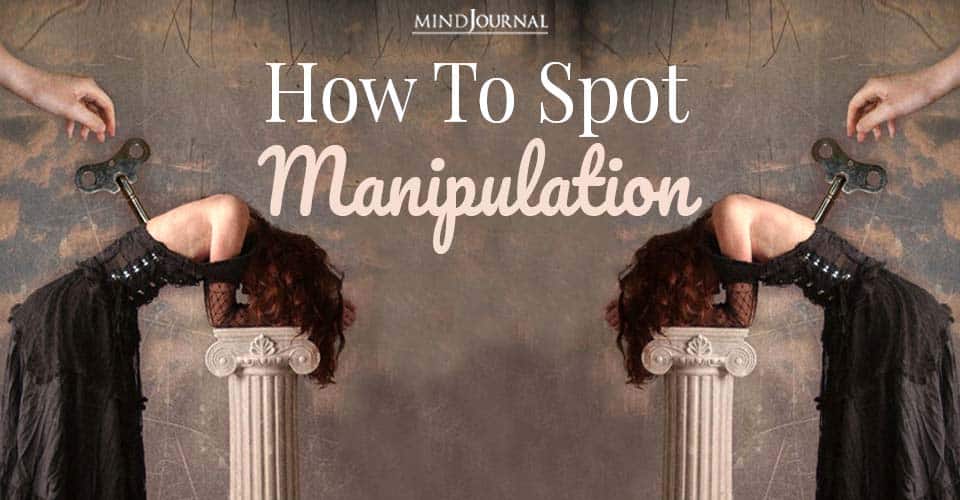 Blackmailers may also frighten you with anger, so you sacrifice your needs and wants. If that doesn’t work, they sometimes suddenly switch to a lighter mood. You’re so relieved that you’re willing to agree to whatever is asked. They might bring up something you feel guilty or ashamed about from the past as leverage to threaten or shame you, such as, “I’ll tell the children xyz if you do what I want.”

Victims of blackmailers with certain personality disorders, such as borderline or narcissistic PD, are prone to experience a psychological FOG, which stands for Fear, Obligation, and Guilt, an acronym created by Susan Forward. The victim is made to feel afraid to cross the manipulator, feels obligated to comply with his or her request, and feels too guilty not to do so. Shame and guilt can be used directly with put-downs or accusations that you’re “selfish” (the worse vice to many codependents) or that “You only think of yourself,” “You don’t care about me,” or that “You have it so easy.”

Codependents are rarely assertive. They may say whatever they think someone wants to hear to get along or be loved, but then later they do what they want. This is also passive-aggressive behavior. Rather than answer a question that might lead to a confrontation, they’re evasive, change the topic, or use blame and denial (including excuses and rationalizations), to avoid being wrong.

Because they find it so hard to say no, they may say yes, followed by complaints about how difficult accommodating the request will be. When confronted, codependents have difficulty accepting responsibility because of their deep shame. Instead, they deny responsibility, and blame or make excuses or make empty apologies to keep the peace.

Read The Dark Triad Traits and How to Protect Yourself

They use charm and flattery and offer favours, help, and gifts to be accepted and loved. Criticism, guilt, and self-pity are also used to manipulate to get what they want: “Why do you only think of yourself and never ask or help me with my problems? I helped you.” Acting like a victim is a way to manipulate with guilt.

Addicts routinely deny, lie, and manipulate to protect their addiction. Their partners also manipulate for example, by hiding or diluting an addict’s drugs or alcohol or through other covert behaviour. They may also lie or tell half-truths to avoid confrontations or control the addict’s behavior.

Passive-aggressive behaviour can also be used to manipulate. When you have trouble saying no, you might agree to things you don’t want to, and then get your way by forgetting, being late, or doing it half-heartedly.

Typically, passive-aggression is a way of expressing hostility. Forgetting “on purpose” conveniently avoids what you don’t want to do and gets back at your partner – like forgetting to pick up your spouse’s clothes from the cleaners. Sometimes, this is done unconsciously, but it’s still a way of expressing anger. More hostile is offering deserts to your dieting partner.

Read Dealing With A Passive-Aggressive Partner

How to Handle Manipulators

The first step is to know whom you’re dealing with. Manipulators know your triggers! Study their tactics and learn their favorite weapons. Build your self-esteem and self-respect. This is your best defense!

Also, learn to be assertive and set boundaries. Read How to Speak Your Mind: Become Assertive and Set Limits or watch the webinar How to Be Assertive. For techniques and scripts for dealing with difficult people, read Dealing with a Narcissist: 8 Steps to Raise Self-Esteem and Set Boundaries with Difficult People. Contact me at info@darlenelancer.com to join my mailing list and receive a free report “12 Strategies to Handle Manipulators.”