How To Deal With Personal Insecurities In Your Marriage 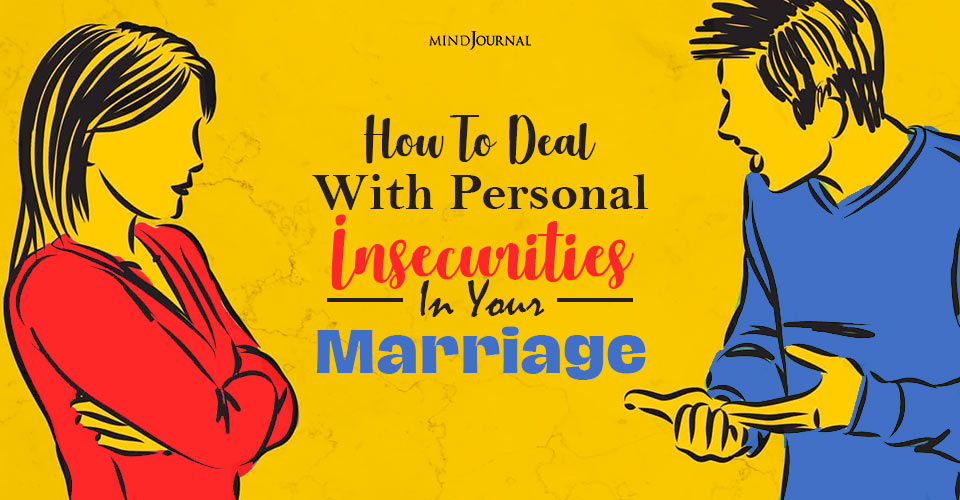 Let’s look at what Lucas did in the interaction with Sara. He did not pay attention to Sara in a way that she expected and wanted him to. This description of what Lucas did goes in Column 1, “Describing My Spouse’s Action.”

The first response will put Lucas on the defensive; the second opens the opportunity for discussion.

Further self-reflection is needed to understand how this experience of feeling ignored is threatening. Feeling ignored suggests that Sara thinks Lucas is not interested in her enough to pay attention, she is not a priority for him, he isn’t enthusiastic about being with her, she is feeling discounted, etc. These are the fearful thoughts that behind feeling ignored that are the personal threats to Sara. Learn more about insecurities here.

Q: What does this mean about me?
A: It means Lucas doesn’t care about me.

Q: What does that mean about me?
A: It means he really isn’t a good husband to me.

Q: What does that mean about me?
A: It means I don’t have a husband who cares and respects me.

Q: What does that mean about me?
A: It must mean there is something wrong with me. Maybe I am not worth caring about.

Threat: I am not worth caring about.

You can see that this tool leads Sarah to figure out that she is worried that Lucas may not care enough about her to be attentive. And, this then suggests that she may have worries about being worthy of being cared about.

Taking Your Own Personal Inventory

Pick out an incident that occurred recently between you and your spouse that caused some difficulty between the two of you. You will want to write down the incident as you recall it. Using the event that you identified as causing you to be upset, angry, fearful, anxious, etc. you will go through the same process Sarah did.

Once your self-reflection process gives you a perspective on the situation, you can assess what the problem is, or is not. For example, if Lucas typically does pay attention, once Sarah has worked through her immediate reaction, she may not even perceive the lack of attentiveness in this situation as a problem. However, if lack of attentiveness is more typical of Lucas’s actions toward Sarah, she will want to address this with him as a problem.

Related: 50 Questions To Ask Yourself To Know Your Deepest Insecurities

When dealing with insecurity in relationships communicating with your partner is the best way out. Express how you feel without blaming or attacking them.

We hope you found this article dealing with personal insecurities insightful, share your thoughts with us in the comments below!