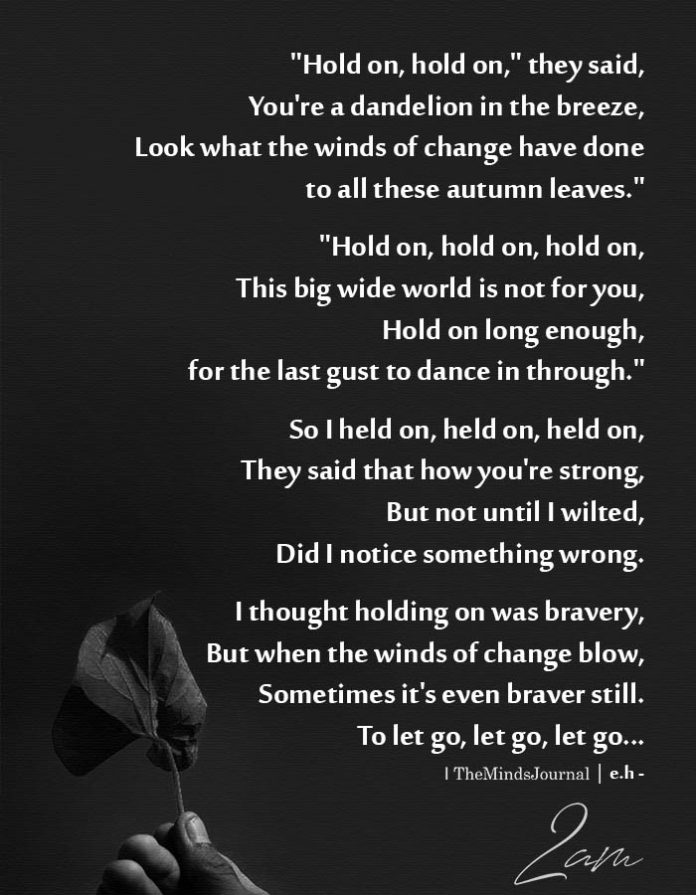 “Hold on, hold on,” they said,
You’re a dandelion in the breeze,
Look what the winds of change have done to all these autumn leaves.”

I thought to hold on was bravery,
But when the winds of change blow,
Sometimes it’s even braver still.
To let go, let go, let go…

You Are Strong Enough To Start Again

You may not know it, but you are.
Read more
2 am

I Hope You Don’t Spend Your Life

No more guilt tripping and falling for the wrong people.
Read more
2 am

You Gotta Appreciate The Real Ones

Support the minority on this one.
Read more
wpDiscuz
0
0
Would love your thoughts, please comment.x
()
x
| Reply