Grit: What It Is and How You Can Learn It 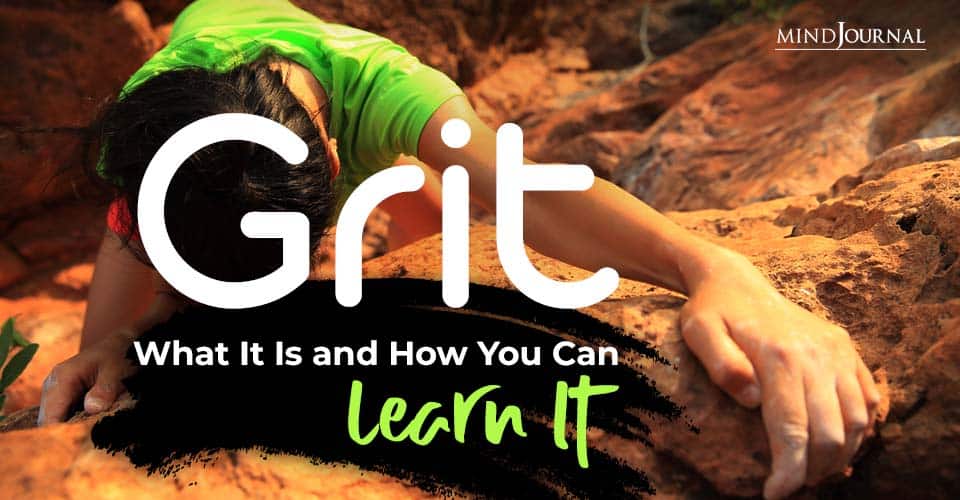 What you believe really does affect what you accomplish.

It becomes a self-fulfilling prophecy.

Related:6 Mind Hacks To Persuade Anyone For Anything in Just 10 Seconds

If you believe you can’t grow your intelligence, you won’t. You’ll give up when things become hard. But with a growth mindset, you will see setbacks as opportunities for greater progress.

And you will also locate the power to excel right where it should be—inside of you.

If you praise a person for their talent or intelligence, they begin to fear that these qualities lie outside their control—again, as things they either “have” or “don’t have.”

They actually develop a fixed mindset, focusing on how smart they are and worrying like heck that they’re going to hit their limit and eventually be dumb.

It seems like a good idea to call someone smart, but Dweck’s research tells us that it makes people anxious, that they feel they cannot control it and that they lose confidence in themselves.

But if you praise a person for their effort—something they can control— you enforce their belief that they are the power behind their success.

After all, effort is visible and measurable, and a person can do more of it any time they like.

As Dweck puts it, “When you praise kids’ intelligence and they fail, they think they aren’t smart anymore, and they lose interest in their work. In contrast, kids praised for effort show no impairment and often are energized in the face of difficulty.”

Grit Builder #3: Try Something Hard and Stick to It

Learning from failure means being in situations where you can fail. I don’t just mean doing something that doesn’t go exactly as you had hoped. I mean getting involved in a project or challenge that matters to you. That way, you can learn to cope with the emotions that come with failure.

Start slowly with small-scale projects and build up to ones with big emotional stakes. Along the way, you’ll build up the resilience you need to believe in yourself.

Constantly switching from challenge to challenge and leaving when the going gets tough is another way to chip away at your resilience. My wife and I learned this firsthand with our son, who is a great athlete but who has difficulty as a student. Learning is a constant struggle for him.

So while we worked with his teachers to help him succeed academically, we also moved him around from sport to sport so he could “find his thing.” Our intention was to offset his sensation of failure in school with a sensation of success in sport.

But our efforts ended up undermining his belief in himself because he never stayed in one activity for very long. He began to believe he couldn’t succeed or persevere, which is the opposite of what we set out to achieve.

Eventually, we stopped moving him around and left him on the swim team, which was the right move. Now, if his times aren’t fast enough and the coach is correcting his technique, he gets to figure out how to fix it by sticking with it. He owns the success and he owns the failure. And his attitude about himself is gradually changing, in sport and in school.

By allowing him to stick with it, we are helping him build his belief that he can succeed.

Related: 14 Useful Psychological Life Hacks To Get An Edge In Life

RECAP: The Skill of Grit

Grit Builder #1: Believe You Can Change

Adopt a growth mindset in which you believe you can improve your mental capacities.

Provide positive feedback to yourself and others based on effort and commitment, not on talent and outcomes.

Grit Builder #3: Try Something Hard and Stick to It

Are you ready to boost the skill of grit? Leave your thoughts in comments below.