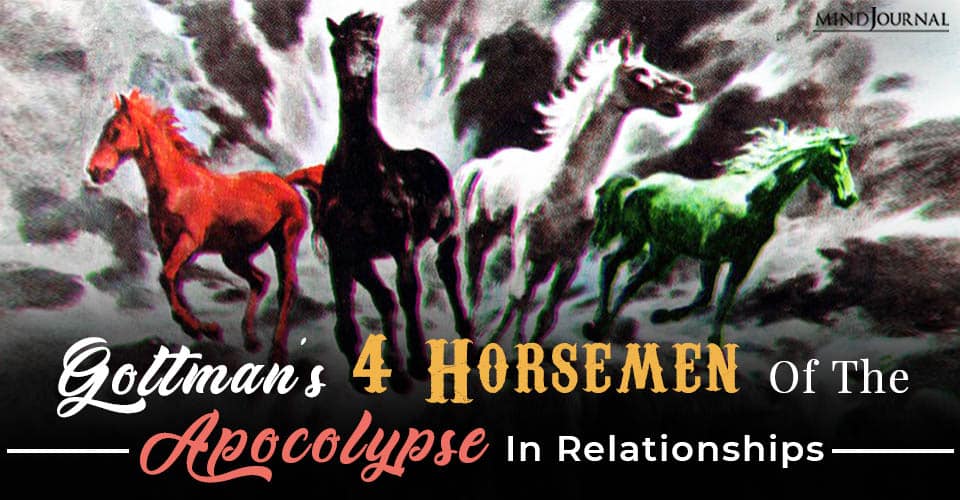 According to a 2013 study, stonewalling may be a strategy to regain emotional control. {9} It states that when one partner becomes critical, unresponsive, rejecting, or emotionally unavailable, the other partner can use certain emotional regulation strategies, such as stonewalling or withdrawing, which “unintentionally perpetuate or even exacerbate relationship distress and weaken the attachment bond.” Although it can help you calm down and manage your emotions in the moment, this technique for coping with relationship issues can make things worse. It prevents you from expressing your thoughts and emotions and makes the other person feel ignored and disappointed. It can make you feel highly frustrated and infuriated when you try to communicate with someone using this strategy in the relationship over a period of time. According to one 2009 study, stonewalling can lead to ‘Volatile-Avoidant’ mismatch in conflict styles in relationship outcome variables. {10}

Read: Why Narcissists Use Stonewalling As a Nasty and Powerful Defence Mechanism

The unfortunate truth is we take care of our things better than our relationships. Most people in long-term relationships tend to take their partners for granted and this is where the four horsemen of relationship apocalypse start to rear their ugly heads. According to research, it was observed that Gottman’s Four Horsemen model can predict relationship failure or divorce with 93% accuracy. {11} Another 2016 study found that the quality of communication among partners can strongly affect their perception of relationship satisfaction. The study adds that communication plays a fundamental role in different models of relationship dissolution or deterioration, “as intimate bonds are believed to remain strong to the extent that partners respond with sensitivity to one another.” {12} However, it should be remembered that Gottman’s model is not focused on conflicts in relationships, but how we engage in conflict and deal with it. The four horsemen are destructive behaviors that can have a strong negative impact on any relationship.

According to John Gottman, Ph.D., the probable result or consequence of a conversation can be predicted with an accuracy of about 96% of the time depending on the initial 3 minutes of the interaction. Moreover, the Four Horsemen can bring an apocalyptic end to your relationship. Gottman explains that when specific types of toxic behavior are allowed to dominate a relationship, they can become extremely “lethal”. These are identified as the Four Horsemen of the Apocalypse. However, cross-validation analyses may be necessary to determine the accuracy of such models in predicting a romantic couples’ eventual divorce, suggests another 2001 study. {13}

Read: Common Relationship Communication Pitfalls and How to Avoid Them

Conflict is a natural part of every relationship. Sometimes it can be healthy and help to strengthen, however, it can also be really toxic for some couples in unhealthy relationships. Gottman found that the success or failure of relationships depends more on how we deal with conflict, instead of the conflict itself. The focus here is on managing the conflict instead of resolving it, as conflict can have positive and functional outcomes leading to understanding, adjustment, and growth. By learning to manage how we communicate and engage in conflict, we can change the direction of our relationships and get closer to our partners. Partners should learn to “adjust their communication to the contextual demands they are facing in order to turn conflict into a catalyst,” for creating a happy and healthy relationship, suggests a 2017 study. {14}

This is why learning to identify and cope with Gottman’s Four Horsemen of the Apocalypse during conflict is important. Here are some strategies to counteract the horsemen in your relationship:

In case you or your partner are being critical of one another, it does not necessarily mean that your relationship is heading for the end. An effective way to deal with criticism in relationships is to share your complaints about what’s bothering you without pointing fingers or blaming your partner. Focus on the specific issue that is affecting you and what you want your partner to do about it. When you complain without blaming, you can start a healthy conflict and discussion that is not disrespectful towards the other person. Learn to use more “I” statements instead of saying “you”. Talk about your problems and feelings in a positive way instead of blaming your partner.

The focus here should be on establishing how you feel and what you need instead of what mistakes your partner may or may not have made. This can be followed by respectfully asking your partner to help you fulfill your needs. This can enable you to build a gentle and soft start-up.

Read: Transforming Criticism into Wishes: A Recipe for Successful Conflict

Respect, admiration, and appreciation for your partner are the best antidote to the second horseman from Gottman’s Four Horsemen model. Although you may not be able to accept or like some of the behaviors at times, focus on their positive and caring intentions and appreciate them. This can help to diffuse your negative outlook and stance and make the conflict healthier. By showing respect and admiration you can avoid wrongfully putting yourself in a self-established morally superior position. The key is to create a culture of respect, love, and appreciation in the relationship which will encourage both partners to behave in a healthy way in the long run.

By practicing and expressing affection, appreciation, respect, and gratitude for your romantic partner, you will be able to build a positive vibe in your relationship which can help to cushion negative emotions. The more positive energy is present in your relationship, the less contempt will be expressed or experienced by either partner.

Being responsible for your actions is the best way to weaken defensiveness. It allows you to put your guards down, acknowledge your partner’s opinions & perspectives and communicate better to reach a resolution instead of closing yourself down. When you stop being defensive, you stop blaming the other person and start observing how you may have contributed to the problem. This enables you to identify your limitations and work on improving your weaknesses. Accepting your responsibility is a great way to understand your role in strengthening the relationship.

According to a 2018 study, “we are more likely to receive a defensive and hostile reaction when we do not communicate any type of perspective, regardless of whether we use I-language or you-language.” {15} However, the study adds that when we communicate using statements that focus on the perspectives of both partners’ and involve I-language or statements, then we can significantly reduce the likelihood of a defensive response.

For dealing with the final factor in Gottman’s Four Horsemen model, it is important to learn to identify when you are feeling overwhelmed and focus on self-healing. When either or both partners are getting emotionally overwhelmed by the conflict, a great way to cope is to take a break and spend some time apart. As you may not be able to respond to your partner in the best possible way right now, it will be wiser to continue the discussion when both of you are not emotionally charged and feeling calmer. During his research, Gottman found that when couples take a break from an overwhelming discussion, their heart rates improve. They tend to have a more rational, productive, and positive discussion once they restart the conversation. By avoiding the discussion at the moment, we begin to physiologically soothe ourselves in a subconscious way. way. Engaging in mental and emotional self-soothing is the best cure for stonewalling. Taking a break from the conflict-inducing conversation is the key to self-soothing.