I Followed The Night’s Whispers 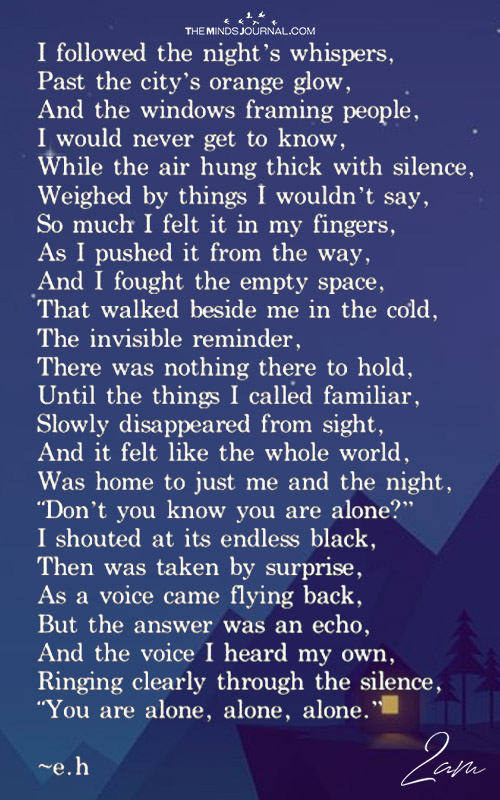 I followed the night’s whispers, Past the city’s orange glow, And the windows framing people, I would never get to know, While the air hung thick with silence, Weighed by things I wouldn’t say, So much I felt in my fingers, As I pushed it from the way, And I fought the empty space, That walked beside me in the cold, The invisible reminder, There was nothing there to hold, Until the things, I called familiar, Slowly disappeared from sight, And I felt like the whole world, Was home just me and the night, “Don’t you know you are alone?” I shouted at its endless black, Then was taken by surprise, As a voice came flying back, But the answer was an echo, And the voice I heard my own, Ringing clearly through the silence, “You are alone, alone, alone.”
~ ERIN HANSON ~ 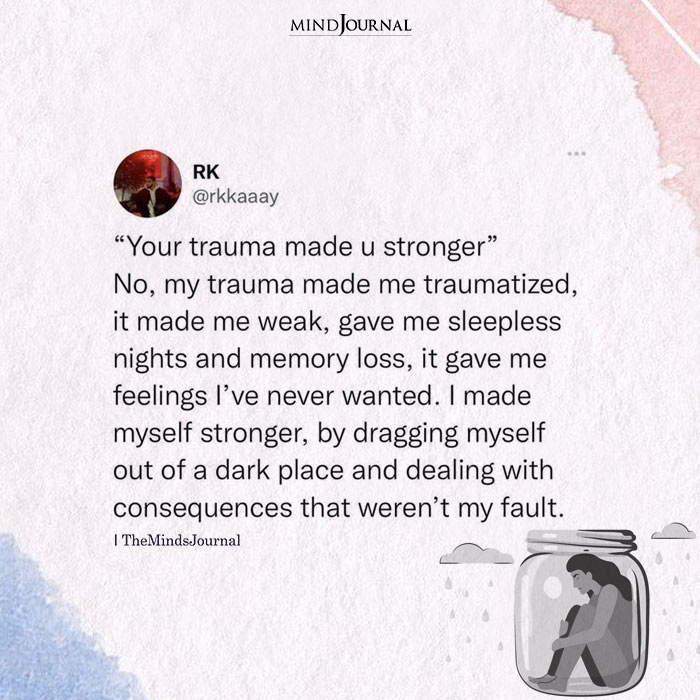 Your Trauma Made You Stronger 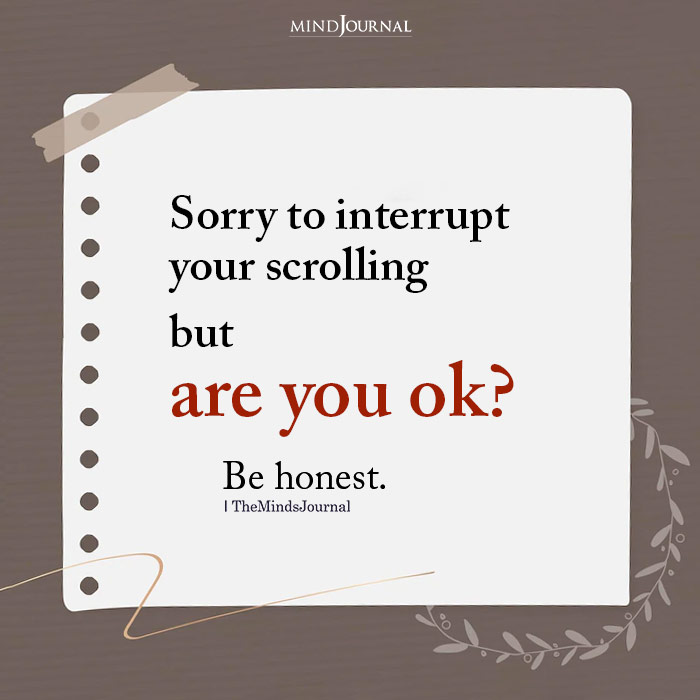 Sorry To Interrupt Your Scrolling But Are You Ok

Check up on yourself sometimes. You need it. 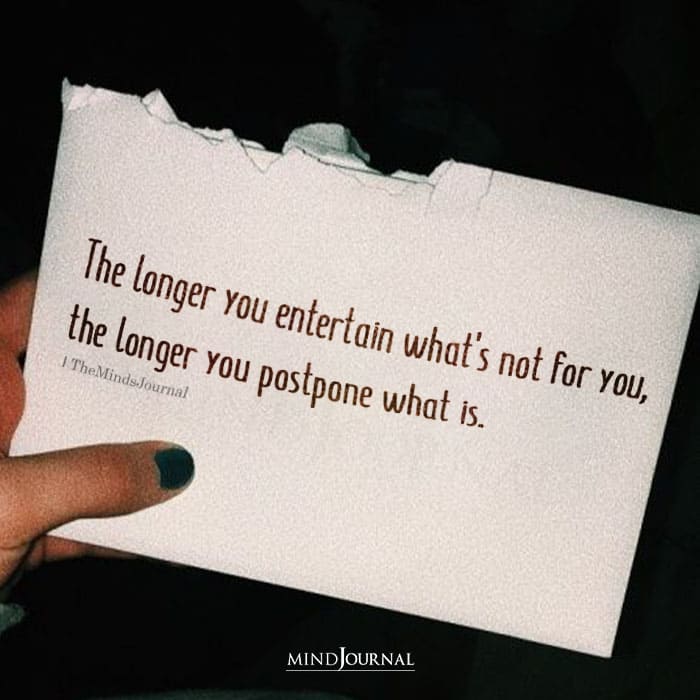 The Longer You Entertain What’s Not For You

Stop trying to do things that are not meant for you! 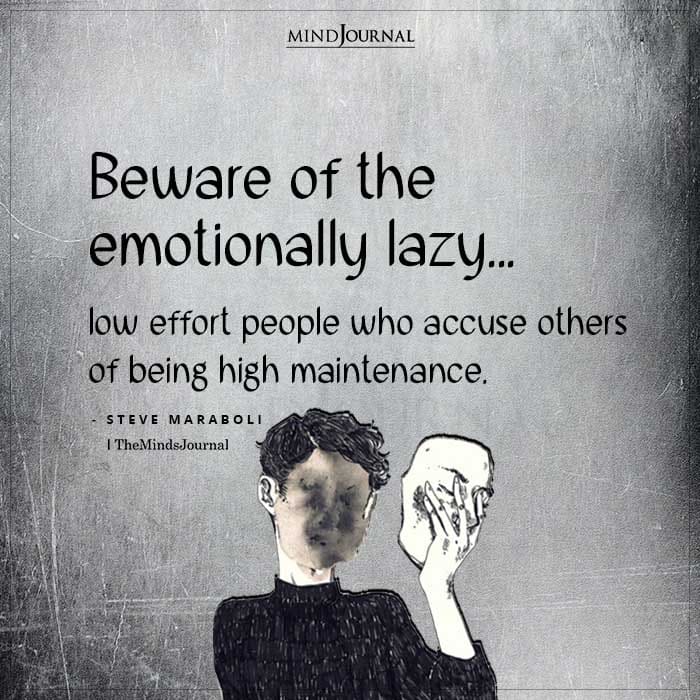 Beware Of The Emotionally Lazy

Emotionally lazy people are red flags in a nutshell. Do you agree? 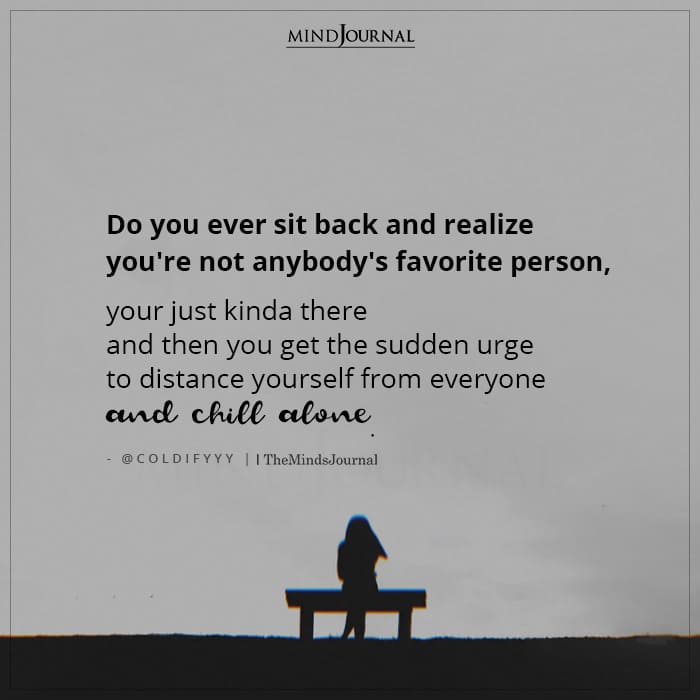 Do you feel like you’re a side character in your own life? 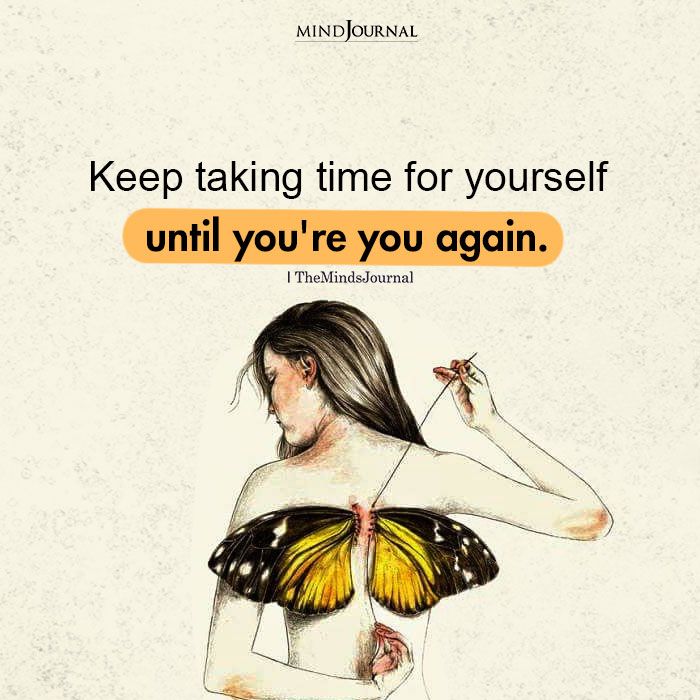 Keep Taking Time For Yourself Until You’re You Again

You and your peace comes first. Always.