Five Zen Stories and What They Can Teach Us 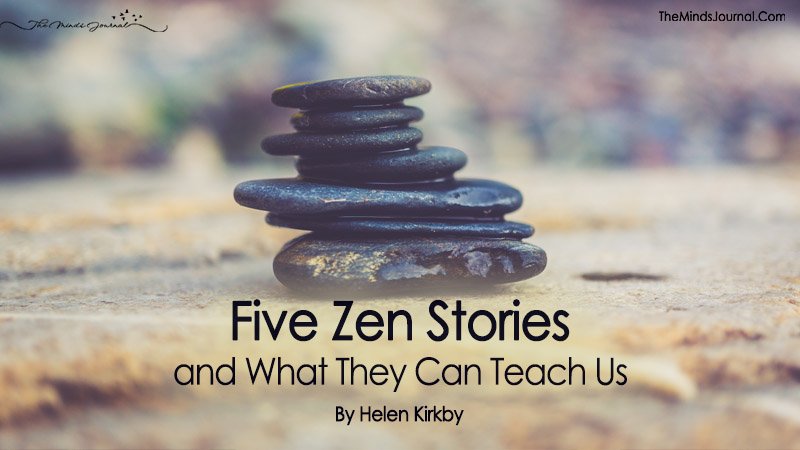 What is a Zen Koan?

A koan is a type of absurd story, sometimes sad, sometimes confusing, but most likely funny. It is, in fact, quite indefinable. A koan is like a parable with an open interpretation (or, perhaps, no interpretation!) to it. Give these five Koans some thought. You might find it refreshing to approach issues from a different point of view.

A nun who was searching for enlightenment made a statue of Buddha and covered it with a gold leaf. Wherever she went she carried this golden Buddha with her.

Years passed and, still carrying her Buddha, the nun came to live in a small temple in a country where there were many Buddhas, each one with its own particular shrine.

The nun wished to burn incense before her golden Buddha. Not liking the idea of the perfume straying to the others, she devised a funnel through which the smoke would ascend only to her statue. This blackened the nose of the golden Buddha, making it especially ugly.

Lesson learned: If you look out only for yourself, you will only be unhappy with the results.

Lesson applied: Think about how often we are told to think only of ourselves, our friends, our family, all the way to our subcultures and cultures. In the short term, we may feel satisfied from our actions but ultimately we are making no effort to understand or receive any insights into the various communities around us. Not only does this lead to an unsatisfactory life with no room for improvement but it also makes us close-minded and intolerant of others’ beliefs.

Read 6 Buddhist Practices For Letting Go Of A Relationship

Sen no Rikyu, a tea-master, wished to hang a flower basket on a column. He asked a carpenter to help him, directing the man to place it a little higher or lower, to the right or left, until he had found exactly the right spot. “That’s the place,” he said, finally.

But so accurate was the tea-master’s sense of proportion that it was not until the carpenter reached the identical spot again that its location was approved.

Lesson learned: Always know what your goals are in life.

Lesson applied: If the tea-master did not have his ‘sense of proportion’ to guide his goal in life, the carpenter would have succeeded in confusing the master. This is a metaphor for people in our lives that, although they care about us, need to know that we know what’s best for us. In order to prove this to them and ourselves, we must always know what we aim to achieve.

3. The Most Valuable Thing in the World

Sozan, a Chinese Zen master, was asked by a student: “What is the most valuable thing in the world?”

The master replied: “The head of a dead cat.”

“Why is the head of a dead cat the most valuable thing in the world?” inquired the student.

Sozan replied: “Because no one can name its price.”

Lesson learned: Things of true value cannot be taken away.

Lesson applied: Consider the fact that we all value items over time that no longer serve our growth. When was the last time you cleared out everything in your house that you don’t use each day? The same lesson applies to toxic relationships, so-called friends and bad habits. Value is subjective to each individual and it is important to place your own value in objects or relationships that do indeed benefit you.

Hyakujo, the Chinese Zen Master, used to labor with his pupils even at the age of eighty, trimming the gardens, cleaning the grounds, and pruning the trees.

The pupils felt sorry to see the old teacher working so hard, but they knew he would not listen to their advice to stop, so they hid away his tools.

That day the master did not eat. The next day he did not eat, nor the next. “He may be angry because we have hidden his tools,” the pupils surmised. “We had better put them back.”

The day they did, the teacher worked and ate the same as before. In the evening he instructed them: “No work, no food.”

Lesson learned: We get what we give.

Lesson applied: This lesson is the most self-explanatory out of the koans so far. Not only is it important that the old teacher did not accept extra gifts but he understood that by lack of action, he made sure the balance of the community was preserved. We all have responsibilities; but taking responsibility also means not being greedy so that others can benefit from their work, too.