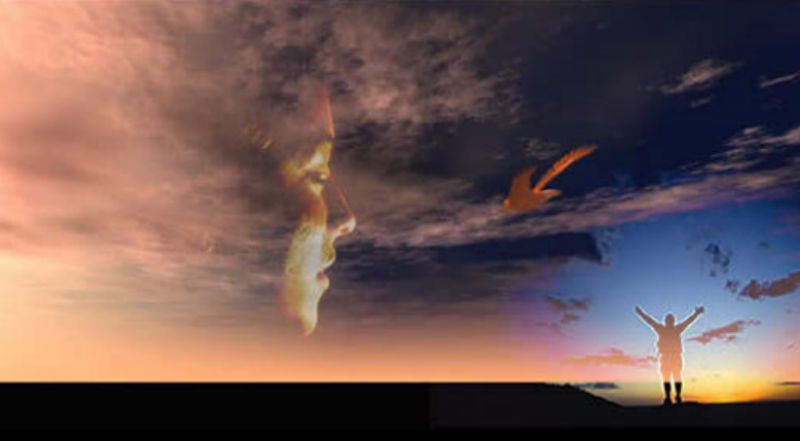 It happened while I was attending one of the most beautiful and amazing courses of the world. The RSNLP course of the international trainer Adv. Mueenudheen. Where for the first time I witnessed the total resolution of varicose veins in a woman of 50s. This miracle happened when I was given an opportunity to do an NLP therapeutic approach for specifically treating varicose veins by interfering the root cause for the emotions that is suspected to be the psychosomatic cause for this particular disease. It was from a mother I’ve got the idea of healing mind body disorders that successfully treated her Childs psoriasis using the simplest techniques of NLP. Varicose veins are characterized by large tortuous veins that extend across the lower legs under the skin. The medical textbooks I’ve gone through bailey during my medical graduation defines its mechanical cause to be the incompetence of valves in the saphenofemoral junction and at perforators. They believe it is due to the long standing occupation that predisposes one to get the varicose veins apart from other causes for varicose veins. Which in fact is impossible on one hand because the surgeons who operatesseveral cases for a long period of time with enthusiasm and passion don’t get the same varicose veins. But it does occur in people who stands for a long time in a place or situation he or she hates feeling overworked and overburdened. And that miracle happened in minutes just before my eyes where several others therapists witnessed this event. The bulged out varicose veins resolved back. The leg which was wired with bulged and tortuous veins have vanished leaving behind the normal skin. The woman astonished by the miracle, thanking god she said: it has been years that she had been suffering from this chronic illness that handicapped her to an extent to carry out her daily routine activities due to its heaviness and pain in her lower limbs.(2)

This was my first experience on curing the first mind body disorder that appeared before me. This motivated me to do an extensive research on the mind body connection and its impact on the health. From that point of time I came to know the power of human emotions that was capable to disease and cure the physical body. The mind, body and consciousness exist as a cybernetic loop in which the 3 systems are highly interlinked and dependent on each other. Any simple alternations in any one of the system can affect the other two systems regardless of time and space. This is the point where the laws of quantum physics become nakedly visible. The first law of the Fahad’s mind body theory says “The mind body and soul are interlinked each other independent of time and space” This forms the vital base of my theory. A theory that is bold and brave enough to explain the most fundamental and puzzling questions about the mind body continuum that have passed through the centuries.(2)

In 1933 researchers conducted a study in a US military base. They collected leucocytes from a donor and extracted the DNA. Thereafter, the donor was kept in a room at the military base and was subjected to emotional stimulation by showing him various video clips. These clips were capable of generating different emotions in the donor. The result was amazing. It was noted that the donor’s extracted DNA exhibited the same electrical response as that of the donor himself and that too simultaneously without any time lag. In the follow-up to this experiment, the researchers dispatched the DNA sample approx. 350 miles away from the military base camp housing the donor. The experiment was repeated. There was no change in the DNA’s response. The results were the same. It continued to be affected by the donor’s changing moods and feelings. It was then strongly established that the DNA has a wireless connect with its owner and his/her emotions. This connection is independent of time and space. Living cells and human emotions communicate through a form of energy that exists everywhere and at all times. From this experiment it is evident that our emotions can influence the very own living cells of our body independent of time and space. The question lies in how this miracle happens? In my book “The Science of Emotions” I have put forth the new inevitable theory of quantum mechanics that is majestic enough to explain this mind body connection that works independent of time and space.(1,2)

alharisfoundationhttps://drfahadbasheer.wordpress.com/
Dr. Fahad Basheer is a Doctor, Author and a writer. He is a highly influential independent researcher of consciousness, mind body continuum system and its applications in medicine. He is the author of the book &quot;The Science of Emotions&quot;. He has specialized in NLP psychotherapeutics. He has published several articles in magazines and medical journals.
- Advertisment -