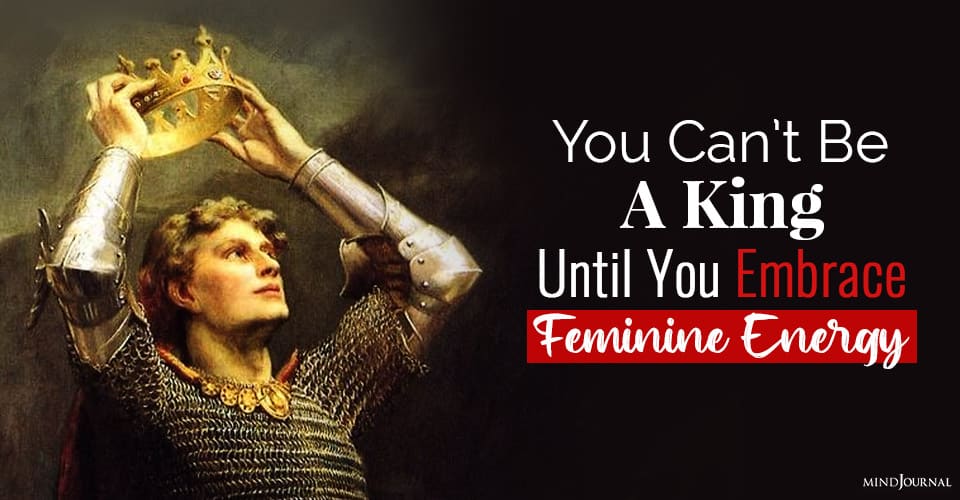 Last summer, I started creating a new online program to help men navigate the challenges of relationship. I was calling it “No Man’s Land.” (it felt heavy to continue so I put it aside)

Most men’s self-worth is tied to performance. If he does good, he is good.

Related: HuMAN Up: A Deeper Look At ‘Masculine’ Energy

Yet so many of us experience relationships as a world in which we’re damned if we do, damned if we don’t. No matter what we do we can’t make – or keep – a woman happy, at least not for long. Seems she’s inevitably upset about something we did or didn’t do.

But rather than learn to embrace her capricious ways as an ongoing invitation to every day continue pursuing her heart – which is how a relationship stays dynamic and sexy – we take it as an affront to our masculine identity.

This awful misunderstanding is at the core of so much relationship dysfunction and ultimate breakdown.

Wonder Woman waves off the men’s objections on that battlefield, insisting that THIS woman and THIS village right in front of them … IS her mission. She charges off into No Man’s Land as the men naturally look on in horror, afraid of death.

As they watch her successfully make her way through, they’re stirred with courage and hope and finally choose to follow her. Naturally, it turns out their “mission” to save humanity is ultimately fulfilled by following Her lead.

In real relationships, too many men refuse to follow their women onto that battlefield. We hide in the trenches instead, where we think we’re safe from death, though we’re actually just dying slowly, unfulfilled, as the war grinds on and no connections to the “other side” are ever made.

Yet every ancient boyhood to manhood ritual involves somehow facing and overcoming the fear of Death.

I have coached so many men who had everything – wealth, comfort, success – and yet were dead inside because they weren’t willing to let it all go to serve something deeper: Love.

In other words, they weren’t willing – didn’t even know how – to die for Love.

I used to think “Masculine” meant “Leader.” (I was in the Air Force.)

A few years ago, while on sacred retreat to the Australian Outback with a woman coach I was working with, I had a massive epiphany:

The Feminine uses her connection to the mysterious heart of life to orient her Masculine partner towards Love.

The Masculine then uses his gifts to figure out how to bring Love into actual Being.

Any other dynamic is a perversion of life.

In the movies, the differences between the good King and the bad King – or the protagonist and the antagonist – are always the same.

A good King is oriented towards Love. He (or she) uses wit and might to restore the world in love.

A bad King is oriented towards his own greed. He’ll destroy the world, even everything he cares about, to pursue power for power’s sake.

In King Arthur, the bad King first kills his own wife and later his own daughter, sacrifices to make himself more powerful so he can defeat the good King and hang onto power.

Every man is routinely faced with the choice to sacrifice Love on the altar of his ambitions.

Sometimes a man’s ambition is as simple as wanting to watch the game. He’ll quickly reject his partner’s bids for connection just to see the next play. I’ve done it. I don’t mean to say a man shouldn’t have his space to relax and enjoy watching other men solve made-up problems. He surely should.

I’m only pointing out how easily and routinely we all – men and women – can dismiss love with the roll of an eye.

When King Arthur first defeats a horde of enemies with his magical sword, Excalibur, even the most hardened men at his side are electrified, invigorated, shocked. As they should be, for when Masculine and Feminine energy partner as One, we can overcome any obstacle.

A former USAF Captain, Bryan's viral blog, "Choose Her Every Day (or Leave Her)," has been read by over 30 million people. Having survived multiple dark nights of the soul, he is now a Life Coach & Relationship Coach to men, women, and couples worldwide. His books and courses, including “Boundaries: Relationships Suck Without ‘Em!” have helped thousands of people make sense of love and intimacy’s bewildering senselessness. Learn more @ www.BryanReeves.comView Author posts