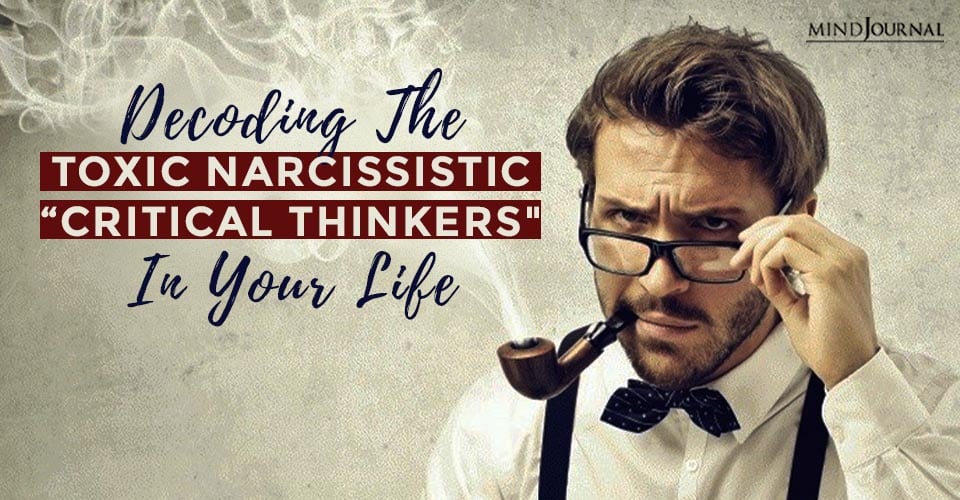 First, your ears prick up at some leader who postures as the most critical thinker around, a person who lends dignity to your intuitions.

You’re riveted by the budding romance between your intuitions and this rational sounding leader. You fall in love.

You marry. You follow this leader’s ideas and through them, find like-thinkers also singing in the voice you aspire too, the ideas you intuit, and a style you revere.

You study more avidly than you’ve ever studied. You weren’t a great student before but now your mind is abuzz with everything self-affirming you’re learning. You parrot these leaders’ styles. You memorize these leaders’ talking points. You notice that you’ve got a tribe of people agreeing with you so you must be right after all.

What a relief! You’re like the undiscovered genius, like the pauper who discovers he was actually a prince all along or the ugly duckling who proved to be the magnificent swan!

You watch your fellow tribe members in action doing battle against the fools out there who lack your critical thinking skills. You watch your opponents fall in these battles. You copy them. You’re impressed by how effective you are at defeating people with your new combo of the gut, “critical thinking,” and memorized talking points. You insist on shifting all conversation and debates to your comfort zone, the places where you can trounce people with your parroted talking points.

People walk away in frustration, an indication of victory for your intuitions, rationality, and talking points. With every triumph with your newfound powers, you become more convinced that your opponents are fools.

Never in your life have you felt more engaged in the world; more on top of it, too.

Too many people learn a dangerous thimbleful of critical thinking without ever applying it to their own beliefs. There are ways to teach critical thinking that don’t have this awful effect. I lay them out in this article but here they are in brief:

Critical thinking is largely the ability to recognize fallacies, weak arguments for a claim, in other words, the ability to unspin spin, the empty or thin rhetorical arguments to support some claim. The claims may be right or wrong. Think of fallacies as “undicators” indications that don’t indicate one way or another about the claims.

Every fallacy is also a rhetorical device. In other words, if you know how to unspin an argument, you also know how to spin it. Social psychology is providing some of the most advanced work today on spinning and unspinning arguments. It’s inventorying the varieties of human vulnerabilities to persuasion. The most fundamental is confirmation bias. Spinning what you want to believe, unspinning what you don’t.

Related: 10 Interesting Facts That Will Help You Understand Narcissists Better

And here’s a four-minute video on the robotic abuse of “critical thinking” rhetoric.

Having one of these toxic narcissistic critical thinkers in your life is similar to having a cactus attached to your body at all times; it will always hurt you. No matter what you do, they will always find a way to put you down and make you feel horrible about yourself. Narcissistic critical thinkers pride themselves on the fact that they are blunt, and say it as is, without considering how mean, and toxic they are being to others. If you have someone like this in your life, shut them down the moment they start to display their toxicity, and never stand down, no matter what.