Dazed and Confused of Who and What I Really Am 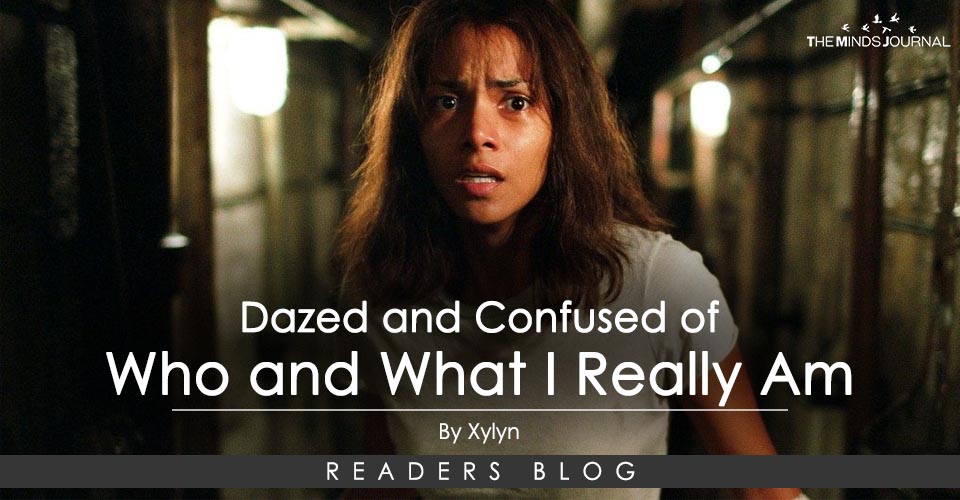 As a child, I’ve known I was Special.  When I was two years old, I woke up upstairs in my crib. I climbed out and proceeded down the stairs to my parent’s room. I remember as clear as day looking up at the top of the stairs, wondering how I got down them without touching any steps. I was shy throughout my childhood and yet very popular. Even though I was shy, I never liked bullies. In fact, I always stood up to bullies. I wasn’t bullied very much, but the kids I grew up with were. I always stuck up for my friends and “NEVER BACKED DOWN.”

You would think I was a little scrapper, but not once got into a real physical fight with anyone all through school, with one exception…. “Kindergarten.” I was actually expelled from school for beating up a boy named Allen. My sister and mother told me when I get really angry, my eyes turn yellow. On the way to school, my older sister and I always walked through the graveyard. I’ve always found it very uneasy there, always looking over my shoulder thinking a spirit was going to get me.

There was one grave my sister showed me and told me the sad story of a Witch being buried there. There were no gravestone like other graves, just a piece of bar sticking out hanging an old tin can. I thought it a sad story, so every week I went there and placed pretty flowers that I picked from mine and my neighbors yard.

Soon after, one night I found myself sleeping in my bed alone. I was wide awake and remember every bit of that night like it happened yesterday. Suddenly my night light beamed a red light. Out of nowhere came this large and dark shadow coming across my bedroom towards me. It was coming to get me! I screamed as loud as I could. My mother and stepfather came in the room. No way was I ever going to sleep again! It took a few days of no sleep for my mother before she brought me to the doctors. She gave me a shot in the leg. Even though the doctor didn’t speak a lick of English, I knew she understood everything I said.

Since that day, I never had trouble again, until we moved. We actually moved back in that yellow house where I floated down the stairs at the age of two. That house has spirits in it. To take a long story short, the night  my stepfather passed away, my sister and I were safe at my grandparents house. My mother and grandfather were out of town. They were the one’s that found my stepfather on the floor of our new manufactured home with blood splattered everywhere and his face beat in with a lead pipe beyond recognition.

I knew something was wrong. My sister and I got out of bed and went downstairs where grandma was hanging up the phone. I looked at her and told her what had happened to my stepfather. He was murdered. She asked me, “how do you know these things?” I replied, “I just do.”  I was seven years old at that time. Many of times my sister and I would stay the weekend with my grandparents. I love and cherish them dearly.There were plenty of times when the phone rang and before grandma could answer the phone, I would blurt out who was calling. It was a game to me.

My grandmother passed away when I was nine. Our family have been strictly Trinity Lutheran since back in the late 1500’s when Catholic Church broke off in different branches.  There were plenty of times when I would play by myself while I was growing up. I really didn’t mind because I could always feel someone around me. “I’m very creative when I want to be.” “I can actually accomplish anything I set my mind to doing.” Except for right now. After my grandmother passed, my sister and I always had to fend for ourselves. My mother was never home. She was too busy partying and entertaining her male friend’s. We would go to “grandma Viva” and “grandpa Wally’s” quite often.

Viva was a “Witch”, and Wally was an old Indian. I learned how to live off the land from them. Viva always had a home remedy for every ailment you can think of. And I learned how to bead headbands. I was always good with animals and love nature. Wally had a Ferrell cat named “Momma Kitty.” She had at least 13 litters of kittens that I know of. If I wanted a kitten, I had to catch one and tame it. I’ve done that a few times. Wally was always 81 years old as long as I remember, because he was born on leap year.

My mother became a full blown alcoholic after my stepfather and grandmother passed. She was a heroine addict. When my sister and I were babies, mother gave my sister brandy in her bottle and I got whiskey to make us go to sleep. I started drinking at the age of 9, and smoking and harder drugs the age of 11. I realized how much of a difference it made in my life to block out all the feelings of spirits around me. I always knew when and what was going to happen before it actually did. Every time I took a break from alcohol, my senses grew strong.

I was clean and sober 2 years before I got pregnant with my daughter “Darian”. She is a Liver Transplant Patient at the age of 16. Cancer survivor age 6 and age 9. All the doctors told me she was going to die. I got very angry. I used to think “That’s mini me, I’m not ready to die and neither is she!” You see….. we’re more than “Survivors,” we’re “Adaptors!” Survivor’s only survive so long, we “Adapt.” Even though she’s adopted by a rich family, I always know when something’s wrong with my baby…. no matter where she is. She’s 20 years old now and moved to “China”, without seeing me before she moved with her 30 year old “Tearcer Boyfriend!”  I very hurt and still upset. I just turned 50 years old October 20, 2018.

Just a year ago September, I moved back to Portland, Oregon, where I was born. This is December 1, 2018. A few months ago, I saw my stuff and clothing in my closet start to move around. I’ve been feeling spirits like crazy here. My roommate is a good friend of mine. His 2 daughters used to play with my daughter when they were young kids. He works graveyard shifts as a “Security Officer.” It happened one night.I was in my bedroom beadweaving on my loom, when I looked at the brown material recliner.

On the edge of the recliner, it looked like a little black woman wearing a hooded cardigan. She was part of the side of the chair, standing on the arm. It looked like she wanted to tell me something. I took my IPad and preceded to video what was going on. I talked to the chair, asking her if she could turn around and talk to me. THE CHAIR PHYSICALLY MOVED!!! Not very fast, because even for me, that recliner is heavy to move anywhere. Then all of a sudden, things move around in my closet.

“ I SAW IT!” The door in my closet although, there are no actual physical door. “IT’s A PORTAL!!!” “ I HAVE A PORTAL OF ANOTHER REALM IN MY BEDROOM RIGHT NOW!!!” I’m kinda freaking out right now, because “IT’s REAL!!!” I have “SPIRITS” in my room constantly. I don’t know what to do. I’ve been sick in bed the past week. Just 2 days ago, I wake up to find a young blond man sitting across from me staring at me! I dunno him. I asked him “who are you and what you want?” No reply.

I have proof. I have all kinds of “Spirits” on both sides of my curtains right now, because I put up curtains in front of my closet. I’m being physically touched! I woke up two weeks ago with a young man sleeping practically under me. I’m sooooo confused, scared sometimes and freaked out sometimes. I haven’t practiced any “Magic spells.”  Who am I, am I a natural witch? I know I’m am Empath, please someone help me sort this stuff out before it’s too late.