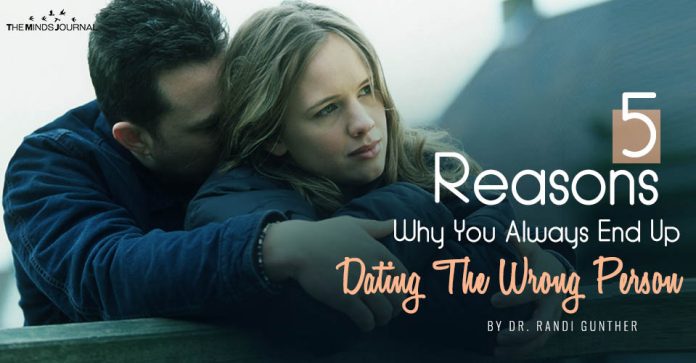 Many relationship seekers search for a partner who is not burdened down by prior or current obligations. Debt, children, dependent family members, odd-hour jobs, educational demands, personal health problems, angry ex-spouses, on-going divorces, or even a cynical attitude, can be overwhelming for any new relationship, even if that potential partner is personally desirable.

If you are put off by a person’s baggage, you may not stick around long enough to understand and care enough to find out the good stuff that may outweigh those concerns. In the early years of dating, it is much easier to let go of a relationship that is simply too expensive.

When people are relatively confident that a better deal may be on the horizon, they are more likely to focus on the cost of a relationship rather than its assets. As options decrease and time pressures prevail, those burdens often become less ominous and the willingness to work with them may be more intriguing.
There is a caveat: Some innate “rescuers” look to be the ones who can alleviate baggage by their enthusiasm and offering of resources. Usually not a good idea.

This often unrealistic equation took root when women were instructed to use their feminine attributes to “hook” a currently or potentially well-to-do provider. In today’s world, many women are more educated and established providers of their own comfort. Now both women and men are equally attracted to partners who are not only able to take care of themselves at the moment but have even greater potential for financial success in the future.

Unless people are endowed with family money, both women and men have to commit a great deal of time and energy to maximize their financial options. As a result, their “ascension focus” may not leave a lot of time for them to develop relationship-successful skills. If both potential partners are deep into their career development, the lack of a support system for a rising star can produce more of a competitor than a collaborative personal environment.

Couples today are trying to more equally share their resources of time, energy, and availability. Still, it can be a scary delusion if one feels that financial success automatically supersedes the personality characteristics of a great, long-time partner. Those who make financial security a top priority in their search for partners may end up materialistically richer, but emotionally poorer.

Most relationships start out with more wonderful aspects than worrisome ones. The proportions of more intriguing and satisfying behaviors are clearly greater than those that irritate. That makes “the deal” desirable for both partners. Many new daters believe that their partner’s negative characteristics will never outweigh the positive ones.

Unfortunately, that rarely turns out to be true. The negatives of a relationship may seem proportionately smaller at the beginning of love but can wear on either partner over time, especially if they increase. Something that seems almost irrelevant in the midst of lust and romance can become a major irritation as time goes by.

Most relationships I’ve seen end with many of the positive aspects of the relationship intact, even if they have been buried by bad experiences. Both partners often can tell me exactly what attracted them to each other when they were first together. They then confess that things they thought would change, became hurdles they could not get by.

If your relationship involves the following behaviors, you might love a toxic person.
Read more
wpDiscuz
0
0
Would love your thoughts, please comment.x
()
x
| Reply