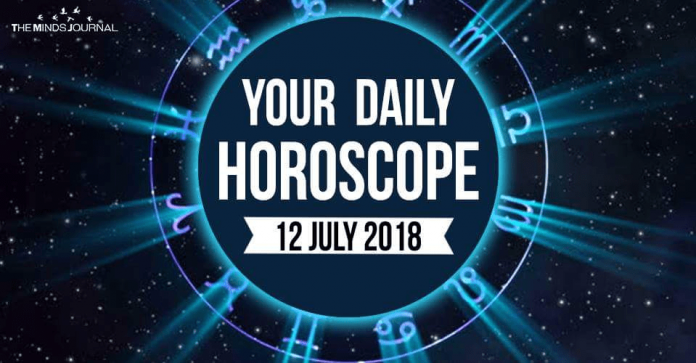 The universe is downright insisting that you turn your attention toward your checkbook. And that doesn’t mean just balancing it, either. You need to go over all your finances with a fine-tooth comb. Once you’re done, if you need to put your foot down about a bill, a debt or what someone owes you, go right ahead — especially if you’ve already been far too patient. You’re famous for that, in fact — but it’s time to stop allowing yourself to be taken advantage of. And that means now. Right now.

Your world-famous passion is nothing to sneeze at — especially now. The heavens are energizing your sign — your personality and appearance — and that means you’re an irresistible, persuasive magnet at the moment. In short, you’ll be absolutely impossible to refuse (even more so than usual, that is, if you can believe it). Don’t try to rein it in, not one bit. It’s your secret weapon, and it’s operating at full capacity now. Still, if you’re not interested in someone, don’t pretend that you are, not even for a kick. This stuff you’re putting out is pretty darned potent. Go easy.

You’ve never been known for being shy, retiring or afraid to speak your mind on your own behalf — or for others you believe in, for that matter. You’re also a good friend. So when an equally good bud comes along and asks for your understanding and support — or maybe just a shoulder to cry on — you’ll be right there with them, as usual. Also as usual, they won’t have to worry for one single millisecond that you might feel the urge to share this irresistible tidbit. You won’t. You’re totally trustworthy.

No matter who you associate with or how long you’ve actually known them, ever notice that you just can’t seem to avoid being put in charge of something? You’re probably used to it by now — and at least half of you actually enjoys it. But that doesn’t mean you wouldn’t enjoy a day off every now and then to relax and let someone else take charge. Well, here’s your chance. Just Say No!

That higher-up who seems to have it in for you? The one who seems to have you constantly under a microscope? You may be right about them, that they’re watching you carefully, but their reasons are probably a lot less devious than you’d initially imagined. You have a knack for dealing with people, and that’s one of the things they’ve been paying attention to. You’ll soon find out why, and when the truth emerges the news will all be good.

Someone you haven’t seen or heard from in what seems like forever has had you on their mind for a while now — just like you’ve been thinking about them. So what have you two been waiting for? Well, the sentimental Moon, for starters — the ruler of emotions. They’re as potent as they can possibly be right now, so go ahead. Give ’em a buzz or send an email. Isn’t it time to reconnect? Keep the conversation light and easy — as much as you can, until one of you finally ‘fesses up to the fact that being apart has just been hell for both of you.

Just when you were thinking it might be safe to come out, and that the intrigue of the past few days might be over — well, you’ve just discovered that it’s not. Fortunately, the secrecy is over. The universe seems to have decided to not only take your side and coax you out of the darkness, but to bring you right out into the open. You can thank the persuasive Moon for that, bringing out all the depth, intensity and intimacy in each and every one of your relationships.

Find out what the stars have in store for you based on your zodiac sign.
Read more
Predictions & Forecast

Daily Horoscope: Your Predictions for Today, Sunday 31 May 2020