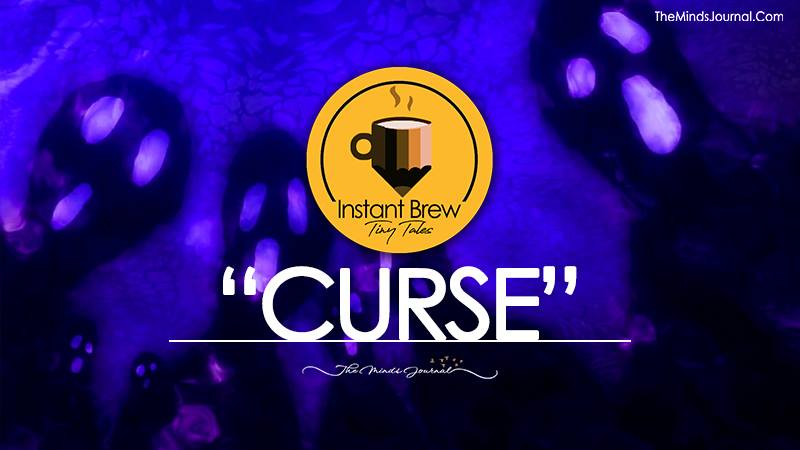 The Word Was CURSE

They were both homeless.
They loved each other to bits…

He fed her every day, come rain or sun, he protected her and she was always by his side, her tail wagging enthusiastically.
He had no name, unkempt, with a shaggy beard, dirty.
She was a mix breed stray.
He called her Blondie…
She was his pet, his lifeline….

They both lived under the shed of a building in the heart of the city…
Nobody paid much attention to them, nor to the bond that they shared…
The families in the building gave food to both, but there was one family which was disturbed with the eyesore this duo created.

The husband was a big shot politician.
Hated them with a vengeance.
His anger knew no bounds when one fine morning he found his new car with scratches of a paw.

He was so furious that while turning the car, he deliberately crushed 4 of Blondie’s pups, one by one and drove off…
The people gathered and tried to revive the pups, but to no avail….
From that night itself Blondie went to his wife and looked beseechingly into her eyes, she averted her gaze guiltily….

He’d won and the family had gone to celebrate…

Ring, ring, ring, ring…
He picked up his expensive phone,
Yes?
Sir, I’m very sorry to inform you that your son and your mother have been killed in a road accident!!
………..
How?
………..
Sir, we have no idea how it happened, but it seems your son lost balance, crashed into a truck and flew off to be crushed under the 6 wheels of the truck.
The phone had slipped away from his hands…

Could it be?
The curse of a helpless mother??

I gave you an inch and you took a mile
On our first date, we set sheets on fire
It wasn’t exactly loved at first sight but I wondered why
I have been chasing you after that one special night

It was strange how good it was that I lost my mind
I’ve fallen into a pit where reasons were out of sight
Must it be destiny.. or fate? or something like that
That was my first thought but now I can only heave a sigh

You were my everything, you, who is full of lies
There was no love involve, to begin with
There was nothing there even a tiny bit
Now, I can only curse the day that I fell for you deeply…

It’s never my style to struggle, so, I always gave in
Right now, in this world of bitterness that I am in
Only these wounds and bruises that gave color to my skin
Are these signs that I was cursed for stepping on something?

Something like love that was never meant for me
For taking a man that has a wife and children, a family
Karma seems to be the right word and it’s killing me
But maybe, just maybe, it was love itself that cursed me

They don’t know how cruel you are
They know you only watering plants,
Doing a decent job and following the crowd
Throwing smiles at every person you see
Showering wishes on each one you loved
Fulfilling the responsibilities you have on shoulders
They don’t know how barbarous you are

They don’t know how brutally you killing me-
You suffocating me with your breath,
Slashing wrist with your heartbeat,
Strangling throat with each word spoken,
And staining my dreams with the blood of fear
I alone know the obscenity behind your smiles
I think it’s a CURSE of being your soul.

You must be really lucky to read minds!

In the beginning of her career, she enjoyed the spotlight and the joy of being the secret-keeper. Her friends would come to her for advice in her college days and then slowly when she started practicing, it became her regular job.

‘Of course, she is the one who can get such a flirt like Robin transform into an extremely loyal man,’ she had heard people gossip about her. ‘She understands human psychology so well.’

The pile of ‘thank you’ cards derided the reviews on her website as she sat in her room, waiting. It was just her alone. She had always enjoyed the loneliness till the moment it became her shadow.

‘You’re blessed,’ her clients would say. ‘Thank you for helping us.’
A broken marriage, break-up, divorce… she knew their secrets, she had helped them out. She was the reason they have learned to smile and come out of difficult times.

She looked at the dictionaries that prescribed medicines.
Sleeping pills… anti-depressants…!
‘Talking to you is so healing for me!’ She’s used to the responses of her clients. That’s an art she remembers being taught in her undergraduate.

‘Don’t know what to say. Take care. You’re a psychologist. You know better yourself.’

Eliza remained silent. Everyone depended on her. After listening and curing them, all she looked forward to was coming back home to her family, her husband Robin and her daughter Ryle. She knew they weren’t going to survive the car accident. She knew the prescriptions and therapy. But she’s a human being too. She had none to fall back upon. For the first time, she realized… being a psychologist is a CURSE!

She knew they weren’t going to survive the car accident. She knew the prescriptions and therapy. But she’s a human being too. She had none to fall back upon. For the first time, she realized… being a psychologist is a CURSE!

Curses are no fairytale things
The most feared word from old times
Isolated, doomed, unwanted
A thought that brews in profanity
Acts the strongest way
But now every day
We curse everything that crosses our way to our desires and ambitions
We curse woman at home
For not making a good meal
We curse the driver
for not carrying us at his fastest speed, towards the office
Curse the boss
For his arrogant behavior and
His secret affair with money
But we wear a fake smile to all
We curse the system, power Society, government
We curse the rain or storm for spoiling our evening dates
Curse gadgets if not working
And the noisy children at door
Or when the team of our support loses a tournament
When we close our eyes but it cannot sleep
We again do the same
From morning till the end of the day we blow our fear
We taboo it
Yet we are prisoner together
Just at the same place
Therefore being cursive
Is better than to be a curse.

The CURSE of thought;

In the pool of desolation, I swam, in the shade of confusion I sat and in the bed of tears I slept.

Wars and battles raged on in my head, while I witnessed every soldier of my being, being shot at, slaughtered and decapitated. Hopelessness became an everyday reality for the commander in chief. In the midst of despair, a white flag slowly emerged, declaring a truce between me and myself. A sunrise of hope rose from a far away distance and I realized that, before touching any soul, your hands must first be clean or you’ll destroy everything you touch. 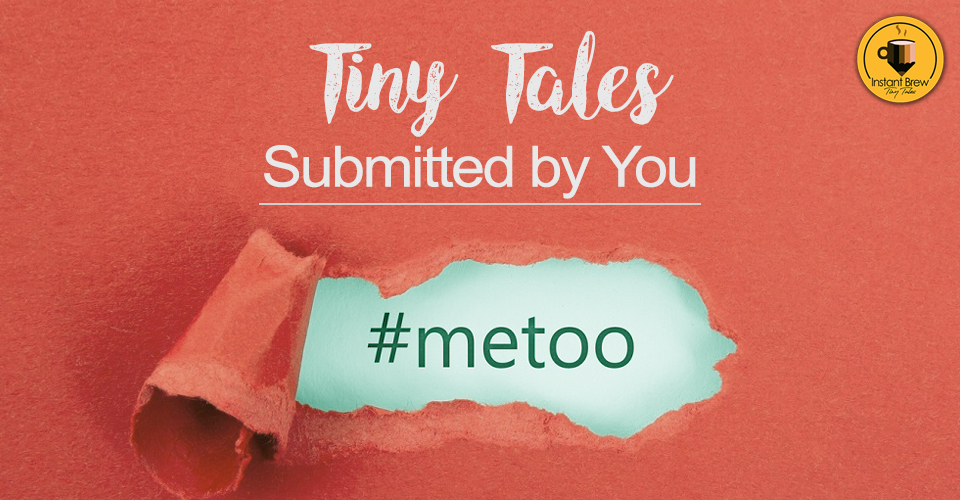 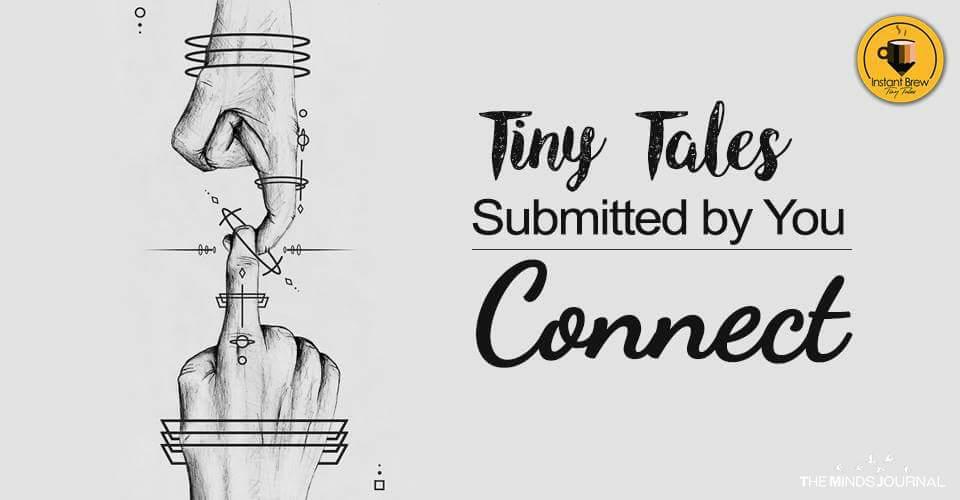 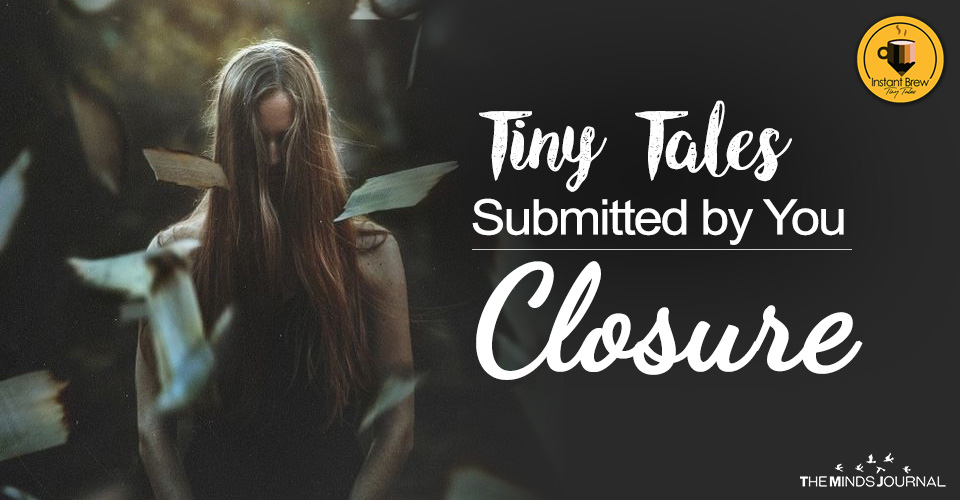 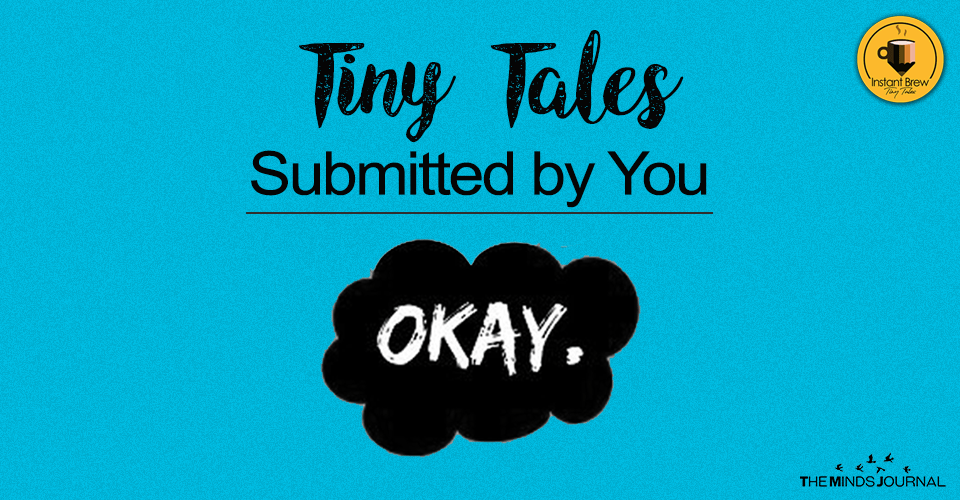 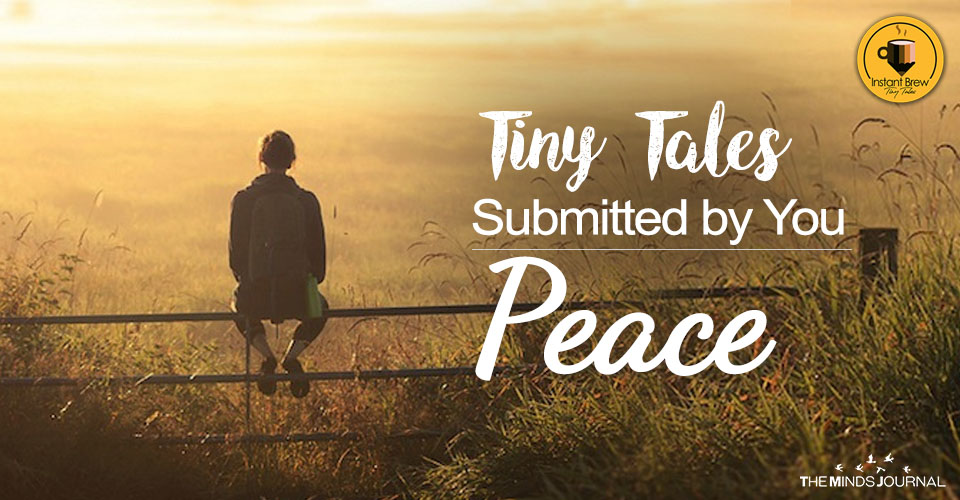 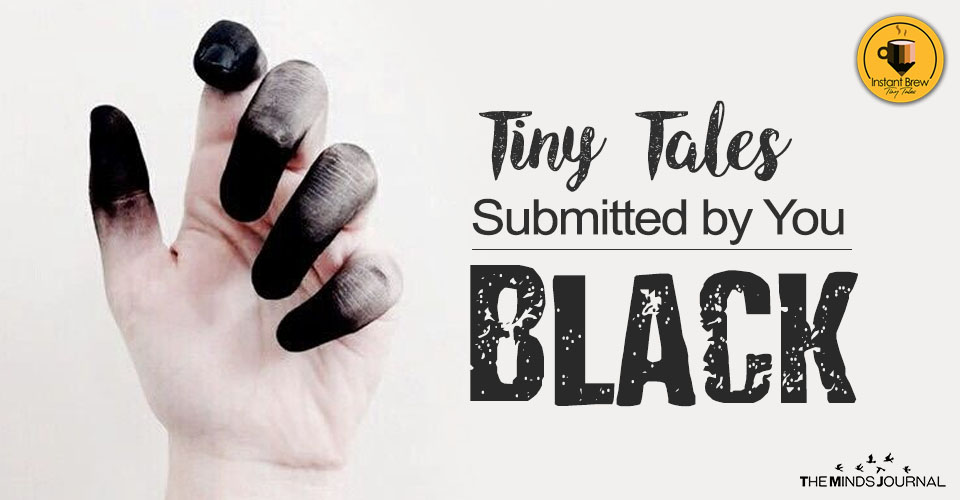