We are all a mix of both positive and dark characteristics.

While we are all aware of our positive side, some of our dark traits are hidden in shadow side.

Subconsciously we get attracted to what resonates with our mind. On the basis of this principle, we have compiled a fun test for you.

It is pretty simple, all you need to do is select one animal from the image below and we will reveal the dark traits of your personality based on the animal you are attracted to.

Here we go. Pick one: 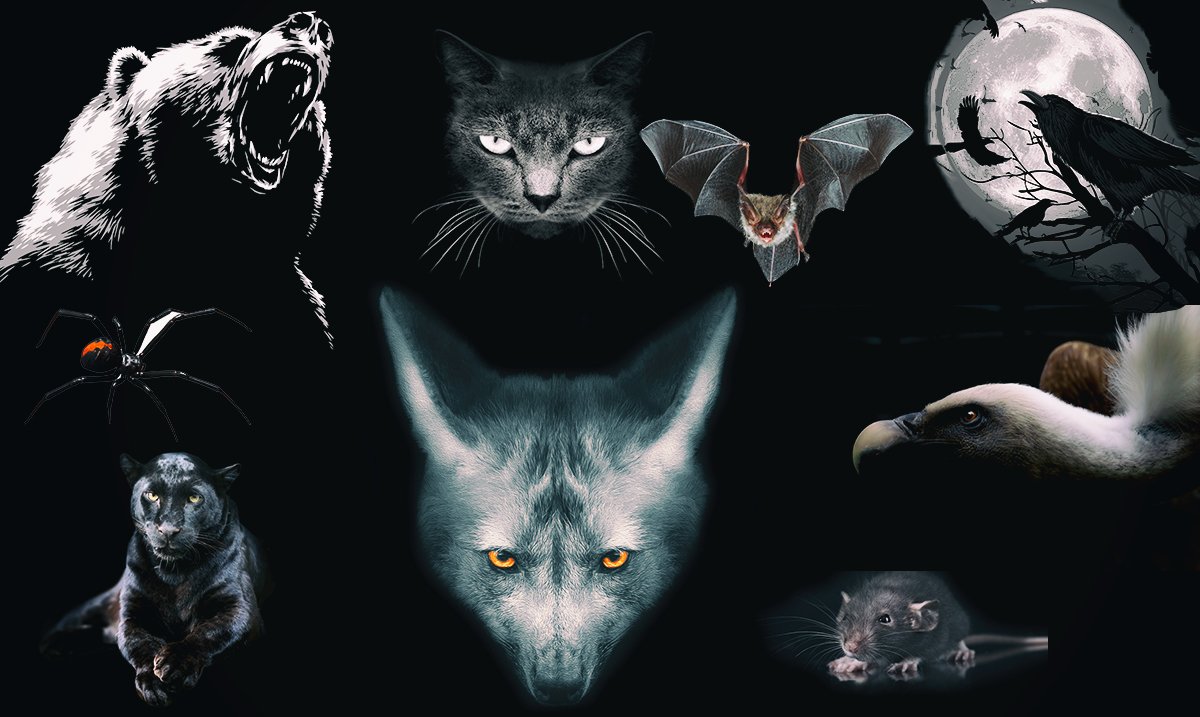 Scroll down to read what the animal you chose Reveals about you:

Cats have been associated with dark arts in many cultures. There has been a reference to cats being a creature that is mid way between the world of dead and that of alive in various cultures.
In some cultures, there is a superstition that if a black cat crosses your path, then it will bring bad luck.
Despite the negative connotations, black cats also represent mystery, elegance, passive force, infinity and silence.
If you were attracted to the black cats, then it means your personality also has two sides. On one hand, you are really calm, sweet, polite and playful as a kitten, and on the other hand you can get really wild and rebellious if provoked.

The personality of bear represents that of “standing your grounds” – fighting for what is congruously your’s and standing solemnly in power.

The bear represents leadership, courage, optimism and majesty. As a spirit animal, bear teaches us the significance of boundaries in us and in others.

If you chose the bear, then you have a similar nature like bears. Power and position is a priority to you and at times the hunger for power might make you blind to the manipulative techniques that you might end up using to achieve it. If you are attracted to the bear, you are confident, resilient but you know your ways to get what you want but the ways are not always legitimate. You might at times misuse your power and position to your undue advantages.

Raven is also considered as a messenger of bad news in some cultures. But it is a lesser known fact that Ravens are pretty intelligent creatures .Also, they’re known to be very adaptable.
If you were attracted to Raven, it means you hide darkness inside you really well. You are very adaptable to situations around you.
You’re very good at seeing through pretence and you can really see people for who they are.
You do not harm people until they provoke you or hurt you first.

Wolf is a dark, mysterious creature. It might come as a surprise but contrary to popular belief, wolves are extremely friendly creatures.

Infact they form emotional attachments with their group and go out in a pack.
Second characteristic that is equally surprising is that while people consider wolves to be savage and ferocious, the reality is that wolves are peace loving and have a basic aversion to fighting. They get aggressive only when they are provoked or if they encounter a situation that demands aggressiveness.

If wolf is the animal you were attracted to, then you are harmless and friendly by nature. But if you are provoked or threatened, you can get extremely brutal and ferocious.

Your friendliness and loyalty is for life, but if you are provoked, so is your rage and fury.

A vulture is a scavenging bird of prey. They hunt in packs and rip off their victims mercilessly.
If the first animal that caught your attention was vulture, then you may have a dark and terrifying side lying under the layers of your personality.
Vultures only attack when they need to eat, they do not intend to harm someone.
You are shrewd in your dealings with the world. You can get really ferocious but only for someone who deserves it.

Shweta Advanihttps://writershwetaadvani.wordpress.com/
An HR consultant by profession, a slam poet and freelance writer.Avid reader,dancer and yoga enthusiast. When I am not reading or writing, I star gaze or take long walks in nature.
- Advertisment -