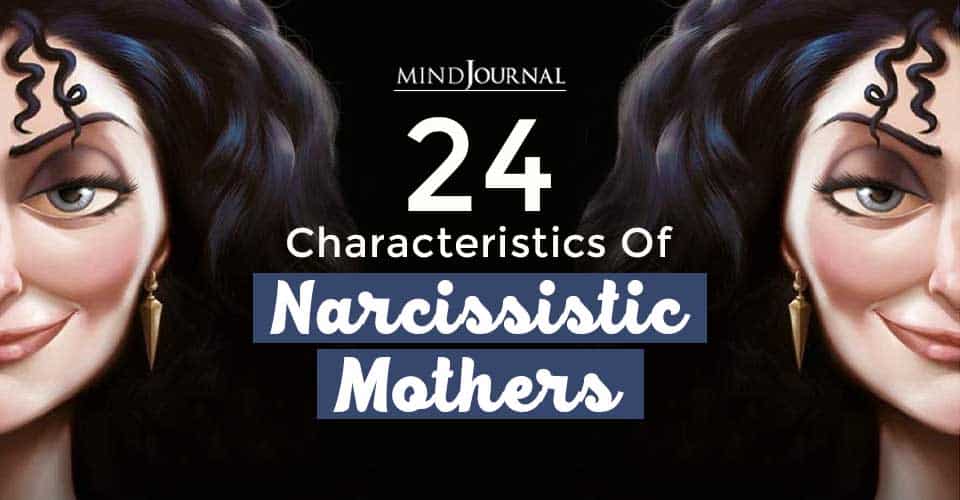 10. She manipulates your emotions in order to feed on your pain.

This exceptionally sick and bizarre behavior is so common among narcissistic mothers that their children often call them “emotional vampires.” Some of this emotional feeding comes in the form of pure sadism.

She does and says things just to be wounding or she engages in tormenting, teasing or she needles you about things you’re sensitive about, all the while a smile plays over her lips. She may have taken you to scary movies or told you horrifying stories, then mocked you for being a baby when you cried; she will slip a wounding comment into conversation and smile delightedly into your hurt face.

You can hear the laughter in her voice as she pressures you or says distressing things to you. Later she’ll gloat over how much she upset you, gaily telling other people that you’re so much fun to tease, and recruiting others to share in her amusement.

She enjoys her cruelties and makes no effort to disguise that. She wants you to know that your pain entertains her. She may bring up subjects that are painful for you and probe you about them, all the while watching you carefully. This is emotional vampirism in its purest form. She’s feeding emotionally off your pain.

A peculiar form of this emotional vampirism combines attention-seeking behavior with a demand that the audience suffers. Since narcissistic mothers often play the martyr, this may take the form of wrenching, self-pitying dramas which she carefully produces, and in which she is the star performer.

One weird behavior that is very common to narcissists: her dramas may also center around the tragedies of other people, often relating how much she suffered by association and trying to distress her listeners, as she cries over the horrible murder of someone she wouldn’t recognize if they had passed her on the street.

She always makes sure she has the best of everything. She insists on having her own way all the time and she will ruthlessly, manipulate pursue it, even if what she wants isn’t worth all the effort she’s putting into it and even if that effort goes far beyond normal behavior.

She will make a huge effort to get something you denied her, even if it was entirely your right to do so, and even if her demand was selfish and unreasonable. If you tell her she cannot bring her friends to your party she will show up with them anyway, and she will have told them that they were invited so that you either have to give in or be the bad guy to these poor dupes on your doorstep.

If you tell her she can’t come over to your house tonight she’ll call your spouse and try to get him or her to agree that she can, and do not say anything to you about it because it’s a “surprise.” She has to show you that you can’t tell her “no.”

One near-universal characteristic of narcissists: because they are so selfish and self-centered, they are very bad gift-givers. They’ll give you hand-me-downs or market things for themselves as gifts for you (“I thought I’d give you my old bicycle and buy myself a new one!” “I know how much you love Italian food, so I’m going to take you to my favorite restaurant for your birthday!”).

New gifts are often obviously cheap and are usually things that don’t suit you or that you can’t use or are a quid pro quo: if you buy her the gift she wants, she will buy you an item of your choice. She’ll make it clear that it pains her to give you anything. She may buy you a gift and get the identical item for herself, or take you shopping for a gift and get herself something nice at the same time to make herself feel better.

Related: 30 Ways In Which Narcissistic Parenting Affects A Child

Her feelings, needs, and wants are very important; yours are insignificant to the point that her least whim takes precedence over your most basic needs. Her problems deserve your immediate and full attention; yours are brushed aside. Her wishes always take precedence; if she does something for you, she reminds you constantly of her munificence in doing so and will often try to extract some sort of payment.

She will complain constantly, even though your situation may be much worse than hers. If you point that out, she will effortlessly, thoughtlessly brush it aside as of no importance (It’s easy for you… / It’s different for you…).

13. She is insanely defensive and is extremely sensitive to any criticism.

If you criticize her or defy her she will explode with fury, threaten, storm, rage, destroy, and may become violent, beating, confining, putting her child outdoors in bad weather, or otherwise engaging in classic physical abuse.

For all abusers, fear is a powerful means of control of the victim, and your narcissistic mother used it ruthlessly to train you. Narcissists teach you to beware their wrath even when they aren’t present.

The only alternative is constant placation. If you give her everything she wants all the time, you might be spared. If you don’t, the punishments will come. Even adult children of narcissists still feel that carefully inculcated fear. Your narcissistic mother can turn it on with a silence or a look that tells the child in you she’s thinking about how she’s going to get even.

Not all narcissists abuse physically, but most do, often in subtle, deniable ways. It allows them to vent their rage at your failure to be the solution to their internal havoc and simultaneously to teach you to fear them. You may not have been beaten, but you were almost certainly left to endure physical pain when a normal mother would have made an effort to relieve your misery.

This deniable form of battery allows her to store up her rage and dole out the punishment at a later time when she’s worked out an airtight rationale for her abuse, so she never risks exposure.

You were left hungry because “you eat too much.” (Someone asked her if she was pregnant. She isn’t). You always went to school with stomach flu because “you don’t have a fever. You’re just trying to get out of school.” (She resents having to take care of you. You have a lot of nerve getting sick and adding to her burdens.)

She refuses to look at your bloody heels and instead the shoes that wore those blisters on your heels are put back on your feet and you’re sent to the store in them because “You wanted those shoes. Now you can wear them.” (You said the ones she wanted to get you were ugly. She liked them because they were just like what she wore 30 years ago). The dentist was told not to give you Novocain when he drilled your tooth because “he has to learn to take better care of his teeth.” (She has to pay for a filling and she’s furious at having to spend money on you.)

Narcissistic mothers also abuse by losing others on you or by failing to protect you when a normal mother would have. Sometimes the narcissist’s golden child will be encouraged to abuse the scapegoat. Narcissists also abuse by exposing you to violence. If one of your siblings got beaten, she made sure you saw. She effortlessly put the fear of Mom into you, without raising a hand.

Narcissistic mothers are often simply childish. If you refuse to let her manipulate you into doing something, she will cry that you don’t love her because if you loved her you would do as she wanted. If you hurt her feelings she will aggressively whine to you that you’ll be sorry when she’s dead that you didn’t treat her better.

“Getting even” is a large part of her dealings with you. Anytime you fail to give her the deference, attention, or service she feels she deserves, or you thwart her wishes, she has to show you.