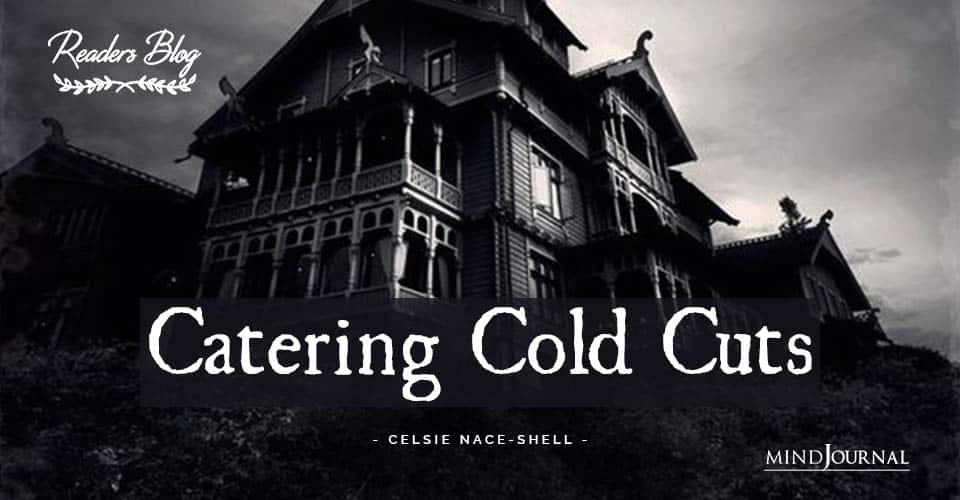 The house was beautiful, massive, and decorated to the nine. The second story balcony had stained glass built into the french doors; full of vibrant colors swirled together, which the sun undoubtedly splashed the master bedroom with color during the day. The doors lead out to a small covered patio where tiny white lights were twisted and strung along the railing and around each corner pillar, which made everything on the patio illuminate. It was one of the most– if not the most– eye-catching houses on the street, with the address reading 666 Elm St.

Oddly enough, the lawn maintenance was always manicured, the mail never piled up, trash went to the curb every week, yet nobody in the neighborhood ever saw the people that lived there; if the family had housekeepers or a butler, even they stayed out of sight.

It was the end of summer and the whole neighborhood was buzzing about their annual end of summer block party; which everyone on the block had attended since the first year it was held, 6 years ago. This party would be different, of sorts. The new neighbors had lived on the block only a short 9 months– but for never meeting anyone, it felt like a lot longer to everybody else. Steven and Britney organized all the details every year and had 4 kids of their own; all of which are boys. Raised with manners, morals, and kindness, none of the boys ever fell short of lending a hand to any neighbor in need.

Britney finished writing the announcement a few weeks prior to the barbecue; always doing some big, colorful and flashy font– mainly because she had way too much time on her hands. After spreading the message via email, it was her oldest son’s duty to hand-deliver the memo to the host for that year; randomly chosen by the youngest son from a glass jar with all family names in the neighborhood written on slips of paper. He put his hand inside and grabbed a name…he pulled it.

The one they had all held their breath and silently hoped to be selected. The newest neighbors. It was the longest wait the whole street had ever felt, by the time the annual barbecue had arrived; but the newest hosts hadn’t introduced themselves at all since accepting the honor.

Family by family, the whole neighborhood gathered on the front porch and lawn of the house, all looking at each other with sheer horror and uncertainty. Brittney and Steven rang the doorbell together and stepped back, waiting for someone to answer the massive wooden front door.

When it finally did open, the couple who stood behind it was modern-day Adam and Eve; brown hair, perfect and wavy with jeans on him and jean shorts on her. Both in what seemed to be regular t-shirts and shoes. They greeted everyone and introduced themselves as Sawyer and Abbey as they invited all the guests inside and showed them through to the backyard.

Quickly noticing there was no grill, Steven asked Sawyer where all the meat was and ending in a joke about the guests being dinner. Abbey threw her head back and laughed loudly at the joke, then quickly composed herself before looking at her husband with a smirk and said, “See Darling, I told you there would be a few choice cuts we need to throw out before we feast.”

--Author-- Celsie Elizabeth Nace was born in So. Cali in November 1988. She is a single mother of 3 kids; 2 girls, 1 boy. She's always written for fun, but as she started to find herself and write how she wanted, in ways she didn't know she could.View Author posts