The Bully Narcissist At Work: A Toolbox For Coping 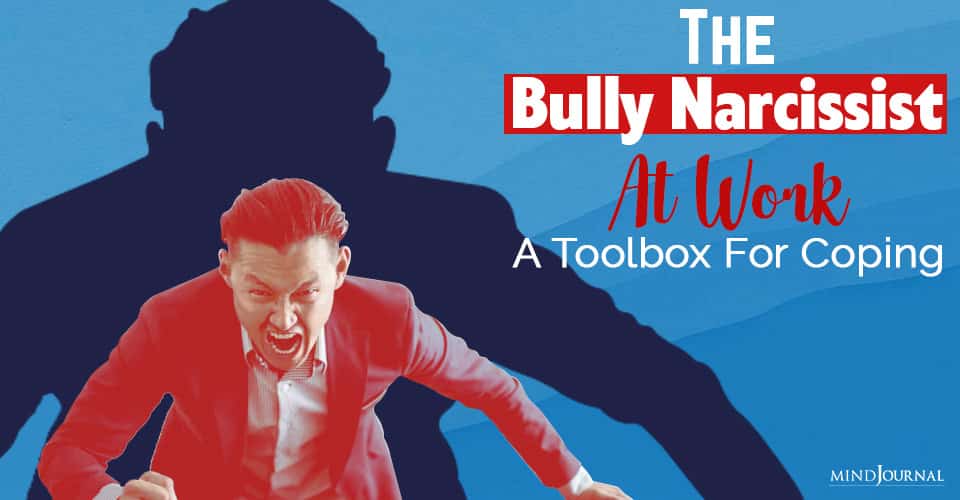 Bully narcissists may become enraged when challenged or contradicted. In an attempt to patch their self-doubt, they often spread gossip about the target in an effort to damage her reputation. Bully narcissists frequently deploy flying monkeys, or co-conspirators, to intensify the spread of the slander.

Bully narcissists sometimes feed their insecurities by terrorizing colleagues they are jealous of or aspire to become.

Grijalva and Newman found narcissists to be a lead cause of CWB or counterproductive work behavior, charging colleagues to search out new techniques for reestablishing the office’s equilibrium. Dr. Ramani Durvasula, a clinical psychologist and expert in narcissist personality disorder, advises victims to relinquish their quest for justice, abandon the belief that narcissists will respond rationally, and stop counting on the narcissist to change. Instead, she urges targets to adopt new approaches shown to mitigate damages and minimize targets’ exposure.

Below are three pieces of advice commonly given by well-meaning family, friends, and colleagues. Such advice is helpful when dealing with thoughtful colleagues but may prove disastrous when applied to the bully narcissist who requires a different toolbox.

1. It’s just a personality conflict, you should talk it out.

Bully narcissists struggle to engage in open and honest conversations, especially when their actions are challenged. Attempts to use civil discourse to work through problems are often met with escalations and rages. When possible, it is best to disengage, walk away, and minimize contact.

2. It wasn’t all that bad, you just need to stop being so sensitive and get over it.

Being on the receiving end of a bully narcissist’s rage can be traumatizing. Often, others urge targets to minimize their feelings in an effort to keep the peace. To remain in reality and validate their experience, it is helpful for targets to write down the details of each questionable encounter immediately after it transpires, providing an accurate account to refer back to when others insist, “It wasn’t all that bad.”

Targets also benefit from writing themselves permission slips, in which they describe the dynamics of the relationship, remind themselves of their innate value, and grant themselves permission to step away from the abuse. This letter serves as a lifeline for targets to refer back to when they feel tempted to re-enter the bully narcissist’s realms out of fear, obligation, or guilt.

Related: How To Outplay A Narcissist And Beat Them At Their Own Game

3. You need to hit back harder so he knows not to mess with you.

Bully narcissists do not tend to back down. When called out or challenged, they often ratchet up the threats, intensify the rumors, and spiral into a rage.

To maintain targets’ safety and dignity, Dr. Ramani suggests no contact when possible, and if interactions are unavoidable, becoming a gray rock, meaning the target hides her hurt and refuses to engage in combat. Over time, this response makes her as boring to the bully narcissist as a nondescript pebble, leading him to move onto a new victim.

Office bullies come in a variety of forms. The bully narcissist is often celebrated in corporate cultures for his confidence and grandiosity but feared by those he demeans, rages against, and attempts to dismantle their stellar reputation all in an effort to feed his intense insecurities.

Knowing how to spot the bully narcissist and arm oneself with engagement strategies, help to mitigate the pain, and maintain the target’s mental well-being.

If you want to get in touch with Dorothy Suskind, you can drop her a mail at dorothysuskind@gmail.com. 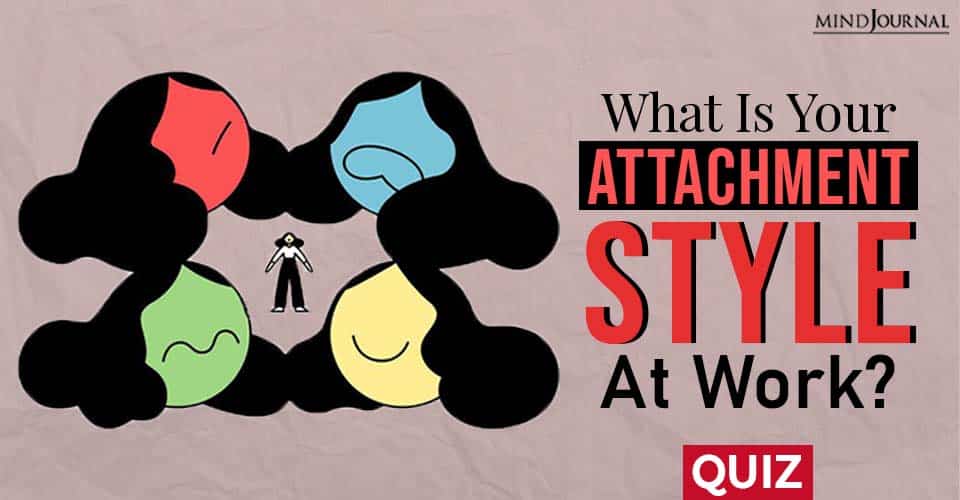 What Is Your Attachment Style At Work? QUIZ