10 Book Recommendations To Expand Your Worldview 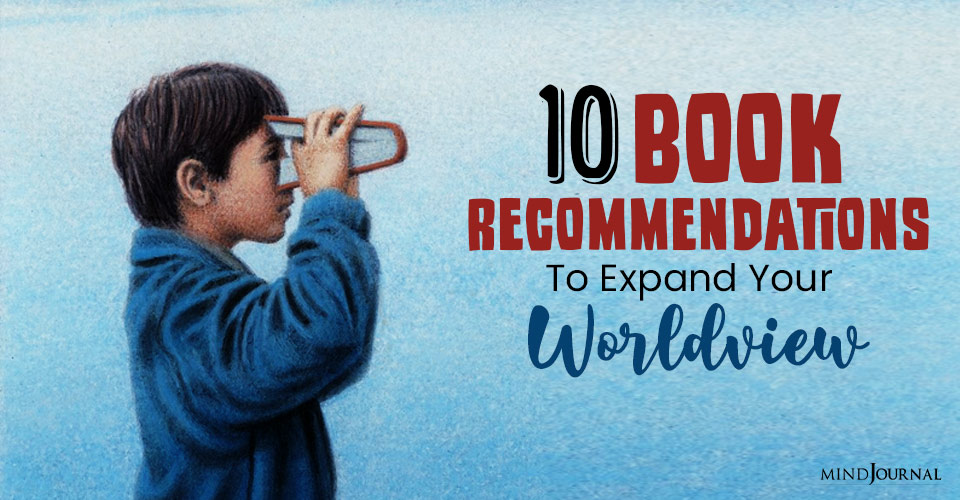 7. Levels of the Game by John McPhee

Listen to me very carefully, this book by this author is perhaps the greatest piece of writing I have ever witnessed. Forget The Great Gatsby, I am voting for Levels of the Game. How the hell can you write a 160-page book about a single tennis match in 1968 between Arthur Ashe and Clark Graebner and enchant me when I don’t even care about tennis? How is this possible? McPhee, whom I refer to as the master wordsmith, bounces between more than three stories, and this will barely even register.

He walks you through each point of the match while taking you through the backstory of what it’s like to be a black man in America, and what it’s like to be a good-looking man born to wealth and prestige with nary an opportunity to be your own man (woman). Read it because you like sports. Read it to learn about race and privilege without a hint of proselytizing. Read it to know how to write, really write.

How utterly boring. Hulk Hogan, the steroid injecting fake wrestler who succumbed to the money-grubbing lore of reality television. Peter Thiel, the self-serving millionaire who shocked Silicon Valley as the lone Republican who stumped for Donald Trump from the beginning.

Gawker, one of the crappiest online gossip rags on the interwebs. And yet, together, in the hands of Holiday, this story is captivating. Each of these characters offers a window into the psychological complexity of fear, honor, trust, betrayal, exhibitionism, voyeurism, and the terrible energy and money wasted by fragile egos. How utterly enthralling.

“One of the most profound intellectual influences on Peter Thiel is a French thinker named René Girard, whom he met while at Stanford and whose funeral he would eventually speak at in 2015. Girard’s theory of mimetic desire holds that people have no idea what they want, or what they value, so are drawn to what other people want. They want what other people have. They covet. It’s this, Girard says, that is the source of almost all the conflict in the world.”

Go against your instincts and read this book. Think of it as a philosophy book that teaches you ancient wisdom through one single, crazy-ass conflict.

9. The Reluctant Mr. Darwin: An Intimate Portrait of Charles Darwin and the Making of His Theory of Evolution by David Quammen

How many books have been written about Charles Darwin? Hundreds? With few exceptions, each spends the majority of the time on his immortal four-year voyage aboard The HMS Beagle, collecting specimens and making observations about the Galapagos Islands.

Not this one. This infinitely readable story is about the much more interesting part of Darwin’s life. A single question is the nucleus of the book: Why did Darwin wait 18 years to publish his landmark work on natural selection? You will never view Darwin in the same way.

10. The Confidence Game: Why We Fall for It … Every Time by Maria Konnikova

Let me end with a book that I adored. How are con artists able to be successful? How do you get someone to believe something that is not true? Access the mechanics of scams, and the sophisticated relationship that is formed and maintained between the “aristocrats of crime” and their victims. This is probably my favorite psychology book of the year.

Konnikova provides great detail on different types of scams, explaining why they work, with plenty of case studies from the past few centuries. Yes, there is a bit of repetition, but I didn’t mind, because I wanted to remember the insights. You might think you possess too much practical intelligence to be duped. We have pet theories about the type of people who fall prey to cons or scams.

Expect to be impressed by the sophistication of evildoers. I can’t help but be reminded by my favorite skit of Dave Chappelle’s show on the difference between blue and white-collar criminals.

A world-recognized authority on well-being, strengths, social relationships, stress, and anxiety, Dr. Todd Kashdan has published over 200 articles in peer-reviewed journals and is the author of The Upside of Your Dark Side: Why being your whole self - not just your “good” self - drives success and fulfillment (Hudson Street Press) and Curious? Discover the missing ingredient to a fulfilling life (HarperCollins). His books have been translated into over 15 languages. Dr. Kashdan is a Professor of Psychology at George Mason University. He received the American Psychological Association's Distinguished Scientific Award for Early Career Contribution to Psychology and the Distinguished Faculty Member of the Year at George Mason University. He is a Fellow of the Association for Psychological Science, Association for Behavioral and Cognitive Therapies, and Association for Contextual and Behavioral Science.View Author posts