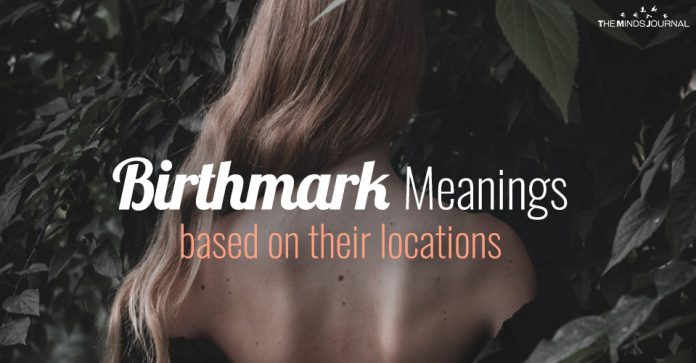 Birthmark Meanings based on their locations

12. Birthmark on the cheek under the eye

A woman with a birthmark on her cheek under her eye always lets her emotions guide her in all aspects of her life – decision making regarding a job, romantic relationship or familial life. This approach complicates her life as most of her life decisions are made on emotional grounds and not rational ones.

13. Birthmark under the nose

Women who have a birthmark under her nose is attracted to everything dark, philosophical and mystical. They have acquired knowledge through her life experiences and give good advice to people who need it. She is trustworthy and has a high emotional maturity to deal with obstacles.

14. Birthmark on the left side of the nose 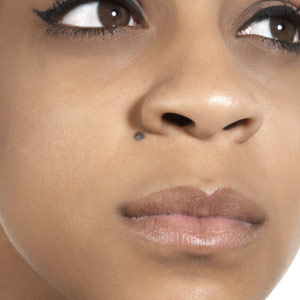 Women with birthmark on the left side of the nose are likely to behave provocatively around men. They often baffle others with their flamboyant behaviour.

15. Birthmark Above the Upper Lip on the Right

A woman with a birthmark on the upper lip on the right side is mysterious, enigmatic, no-nonsense, dominating and hardworking. She is not among the ones who forgive and forget. Sometimes vengeful in nature, she is considered to be a hard-hearted and determined in her professional fronts. She almost always reaches success.

16. Birthmark under the lower lip (on both left or right side of the lip)

Women such as these, are eternally looking for true, meaningful and intimate connection. The only flipside of this woman is her jealousy and envy. These women suffer from a lot of physiological illnesses. Usually, other people feel the need for protecting and caring for these women.

17. Birthmarks on the lips

Women with birthmark on their lips are very docile, soft-hearted and sensitive. Such people are lazy enough to not be able to take her own responsibilities which is a drawback to her personality.

18. Birthmarks on the corner of the lips

A woman with birthmarks in the corner of her lips is extremely attractive, alluring, sexy, and desired by many men.  But they are prone to being promiscuous and loyalty is not one of their traits.

19. Birthmarks on the cheekbones 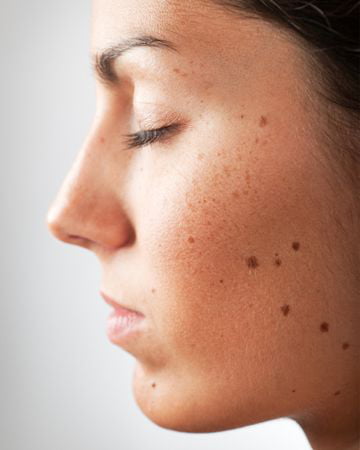 Women with such birthmarks are great leaders, achievers and very good guides. They have a “never-give-up attitude” which helps them in success in varied fields.

20. Birthmarks on the ears

Such women are very logical, rational beings. Even though they are driven by reason, they often hold a victim mentality and that’s their only way to defend themselves. They constantly deal with conflicts among their inner insecurities but eventually emerge out triumphant.

21. Birthmark on the chin

Such women have an indomitable spirit and they are both sweet and strong.

A woman who has a birthmark on the chin on the right side is cheerful, resourceful and tactful and wise.

On the contrary, if a woman has a birthmark on the chin on the left side, she is capricious, jealous and has many bad habits.

Jenny Turner
Jenny is a writer, traveller and freelancing photographer who is intrigued by the supernatural. She loves to explore and write about supernatural, astrological, spiritual and para-psychological topics.
-Adverts-

One of the greatest gifts in moving yourself forward when you feel stuck is laughter. Here are 5 reasons why laughing until your face hurts is the best medicine.
Read more
Mind and Brain

According to the Dunning-Kruger Effect, people who have little understanding about a topic, generally overestimate their capability and knowledge about it.
Read more
wpDiscuz
0
0
Would love your thoughts, please comment.x
()
x
| Reply