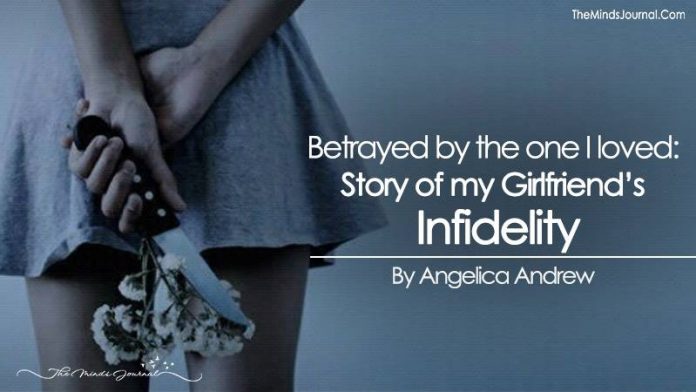 Don’t go after her, don’t stalk her or send her text messages.  If she doesn’t want you back, you shouldn’t be wasting your time on her either. Forgive her whenever your inner voice tells you to.

Try to figure out why she did what she did

First thing’s first, don’t blame yourself for everything. It’s still her fault that she cheated. But it’s true too that it takes two to tango so maybe there was your share of fault in the infidelity too. Maybe you went from a caring boyfriend to a workaholic boyfriend. It can be an opposite case too. Maybe instead of focusing on your life goals, you became too clingy on her.

If possible, talk to her to figure out where things went wrong. Learn from your mistakes and make sure it doesn’t happen later on in your life.

Look for the positive end

I know you may be highly devastated but instead of taking this betrayal as the end of your love life, consider it the first step towards something better and new. Life is short, so go ahead and enjoy the company of different people. Yes, you loved her and maybe you still do, but sometimes, a change is what all it takes for you to experience something new. Don’t forget to leave some room for the right one. You deserve someone better.

There is no golden rule to how you should act in situations like these. Don’t listen to anyone who can confuse you. Only take a decision when you have processed fear and sadness.