Being an extrovert is not enough 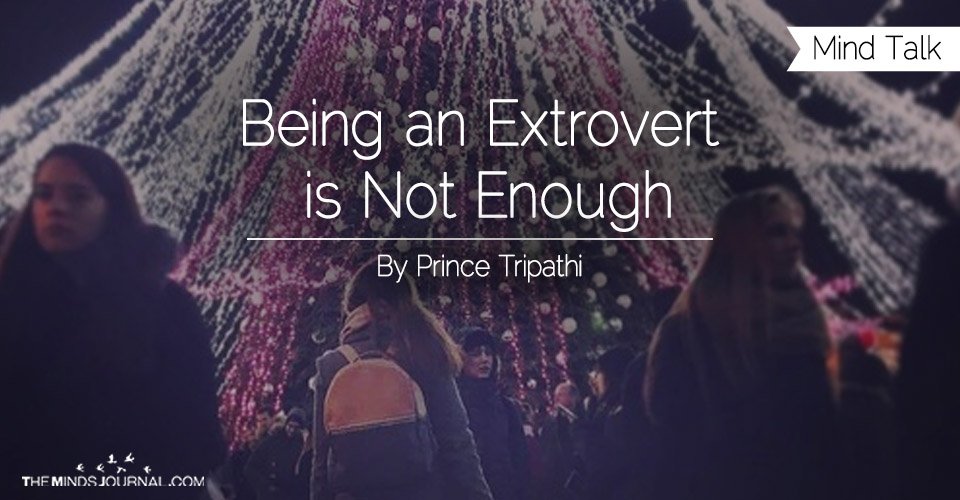 Today, we’re doing several things to make people more extrovert, connected or social. But is it what they really want? You think Newton would have found the idea of the gravity if the apple would have fallen on his group of friends?
It’s the shade of loneliness is where the mind illuminates the most.
Like 25% people of the earth’s population is introvert, actually everybody has both the traits like the most extrovert of them all can use some alone time once in a while. But all the places you went to like Schools, Colleges, Parks, Bars, Companies every single of them is designed in a way which supports the extroverts. Now, the problem here is they not only takes the trait of your introversion out of you but most of the times we feel isolated. So, in order to be homogeneous with these people, we try things like we go to the crowded places just to make yourself feel bolder, you try to talk to the people around you unwillingly of course. And I really don’t suggest that it’s a bad thing but most of us lost ourselves in the process. Feeling trapped between the categories and that’s what makes people feel stressed, depressed or lonelier.
Otherwise, if Introversion is just a way of stimulation towards environmental and social conditions then why does one feel depressed when they’re designed that way? They do not unless they are exposed to the idea that extroversion is superior or better and decide to change themselves under the impression of an extra extrovert from their job or school.
The question here is why can’t we design our school and institutions in a way that enhance the power of introversion?
There used to be a time when every single individual tried to be self-dependent (tried to not used to because that’s what I read in history and books don’t really know) and that certainly made them more efficient. There was no company that gave us zero or idea of the gravity or the astronomy or telescope and several other substantial ideas that we’re living our lives with. That was one single person each time holding the potential to discover or invent something dominant enough to establish itself as the fundamentals of the present world. Anything that you identify as essential was brought to life by those individuals, proficient and loner minds without going to any fancy institutes. These institutes, by the way, teach their lonely ideas today and we of all the people consider them as one of the best or worst on the scale of which elaborate it better by adding their own set of innovations to it while finding different applications of the same very thing in the process. Technically the world’s greatest companies’ institution everything runs on one single idea of a unique mind.
Introversion enhances the best of your mind, ideas come when you’re alone not when you’re partying. Assume we give people their free space and design our institutes to enhance the best out of introverts, a mind in par with Newton or Einstein or Galileo is what we get.
Facebook would never have been created if Zuckerberg was a party guy. Only a man who feels isolated enough among the crowd can come up with the idea of Facebook.
Implying the fact that idea of the institutes or educational decree is inferior, only makes me the hypocrite here. But, in the progress of our world, centuries after centuries one thing we’ve forgotten that the unity is important but the unit is where it all started.
Tags:EXTROVERTfacebookintroversionintrovert