Behind The Veil Of Grief 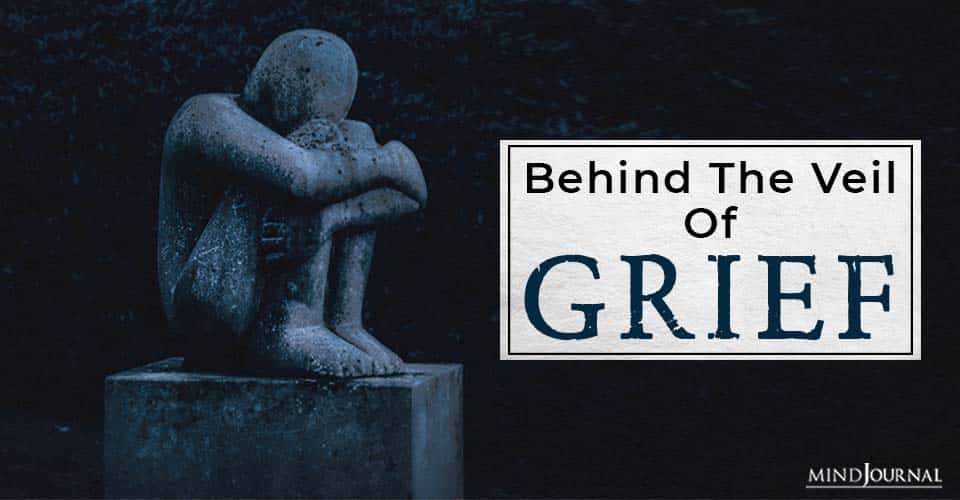 There is little one can do in grief, and we tend to experience an accumulation of affect that cannot get channeled into action. Unless one is capable of sublimating the emotion and producing art of some kind, there is generally no action we can take that would restore our inner peace.

Jamie Anderson captures part of what I have in mind:

“Grief, I’ve learned, is really just love. It’s all the love you want to give, but cannot. All that unspent love gathers in the corners of your eyes, the lump in your throat, and in that hollow part of your chest. Grief is just love with no place to go.”

The absence of an outlet for our love is not all there is to grief. We miss the things the other person gave us—the support, the humor. We are saddened for them and want them to enjoy life for a little longer.

Nonetheless, the lack of an outlet for love is likely a key element in grief. Note in this regard that when a loved one loses his or her mental capacities, we feel a deep sadness that resembles grief in many ways, but that is not grief. What is the difference between the two? After all, when the alterations are sufficiently serious, the person we knew and loved is largely gone.

Related: The Stages Of Grief: Ways To Cope With Loss and Minimize The Pain

Perhaps the difference is that there is still a living body, so it feels as though our love has not entirely lost its object. That object has been transformed, but at least we have access to its material counterpart.

In still other cases, there may be actual grief without death. This can happen when, for instance, the object of attachment, without a transformation such as loss of cognitive faculties, is lost to us. Henry James describes such a case in his remarkable novel “The American”.

In this novel, an American man, Christopher Newman, falls in love with a French woman, Madame de Cintré, and asks her to marry him. At first, she agrees, but later, under never fully disclosed circumstances having to do with pressure from her family, she becomes a Carmelite nun. Newman approaches the monastery where his love now resides, with the hope of, perhaps, getting a glimpse of her. There is a wall that prevents him from seeing much, but he hears the nuns chanting. He pauses to listen and attempts to discern Madame de Cintré’s voice in the chorus.

“At first, Newman was bewildered, almost stunned by the strangeness of the sound; then, as he comprehended its meaning, he listened intently and his heart began to throb. He listened for Madame de Cintré’s voice, and in the very heart of the tuneless harmony, he imagined he made it out… The chant kept on, mechanical and monotonous, with dismal repetitions and despairing cadences.

It was hideous, it was horrible; as it continued, Newman felt that he needed all his self-control. He was growing more agitated; he felt tears in his eyes. At last, as in its full force the thought came over him that this confused, impersonal wail was all that either he or the world she had deserted should ever hear of the voice he had found so sweet, he felt that he could bear it no longer. He rose abruptly and made his way out.”

Despite the fact that Madame de Cintré is alive and well, Newman here is like a person who, after a period of denial, finally comes to grips with what has happened.

In grieving, we acknowledge not only a loss but its finality. If you knew you would be reunited with your loved one, even many years from now, you might be sad to see them go, but the sadness would be mixed with hope and so won’t be grief. It is only after we acknowledge the irreversibility of loss, the way Newman does, and give up hope that we can grieve.

Can We Do Anything For The Grieving?

It may seem like we cannot do much. What can we possibly say? And even if we had something to say, the grieving maybe both be unwilling and unable to hear it. We and they may be in the same room, but they will resolutely remain separated from us, behind a veil of grief.

Yet, our presence could make a difference even when there isn’t anything we can say. We may be able to help by standing there.