Why is that? Because narcissists target those who are prone to behaving like actual human beings; compassionate, empathic, and believe in the good nature of humankind.

According to a study by Muhammad Gadit from Memorial University of Newfoundland, “Verbal abuse can cause significant psychological problems in later years and brain damage, including anxiety, depression, anger-hostility, and dissociation.”

Doctor Douglas Fields reports on PsychologyToday, “When [an] environment is hostile or socially unhealthy, development of the brain is affected, and often it is impaired. Early childhood sexual abuse, physical abuse, or even witnessing domestic violence, have been shown to cause abnormal physical changes in the brain of children, with lasting effects that predisposes the child to developing psychological disorders.”

Anxiety disorders are unpleasant to live with. They can take over your life at a moment’s notice, and they don’t make sense to those who don’t have them.

To be honest, they don’t make much sense to those who have them either. That’s why this information is important.

It’s Important To Know That If You Suffer From Any Of The Above Mentioned Anxiety Disorders, And Have Been A Victim Of Narcissistic Abuse, You Can Take Your Life Back.

Originally appeared on I HeartIntelligence.com
Written By Raven Fon 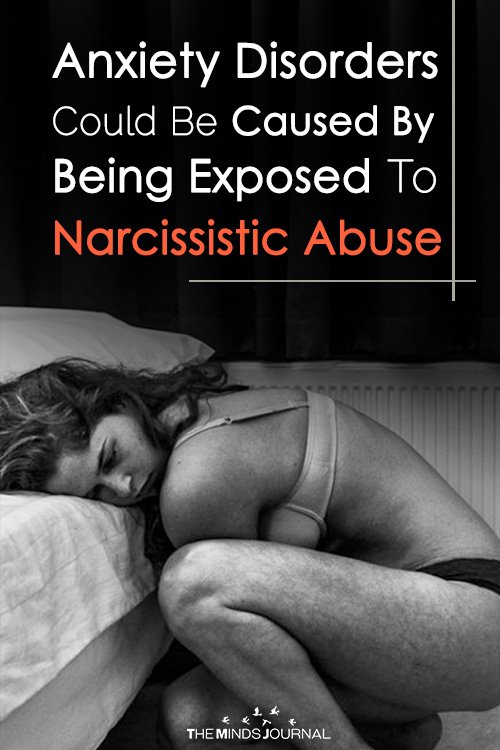 iheartintelligencehttp://iheartintelligence.com/
.The main goal of I Heart Intelligence is to share interesting stories, amazing facts, and fun, intelligent, and inspiring content. The authors here at I Heart Intelligence choose to present information without bias to let the readers think harder and come to their own conclusions. The owners of the site don’t always personally agree with everything published here, but do think that these subjects are worth exploration, critical thought, discussion, and debate.
- Advertisment -