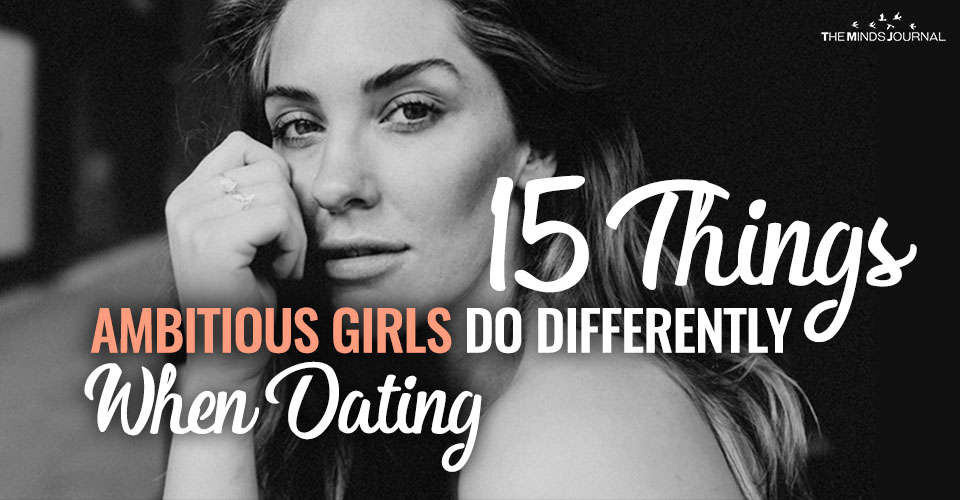 6. They’ll still have a lot of other things going on besides you.

They take dating seriously. But they’re also passionate about their careers and friends and family and hobbies. When they’re dating, ambitious girls are looking for someone who’s not only going to support that but someone who’s going to love them all the more for it.

7. They don’t hold it against you if you’re not interested.

They know what they want, and if you’re not interested, they’re just happy that you’re not wasting any more of their time.

8. They’re not looking to be a trophy wife.

The idea of playing backseat to their companion is nauseating to an ambitious girl. They’re looking for someone who is going to be their partner, not their leader.

9. Ambitious girls know that being tough and being emotional aren’t mutually exclusive.

Ambitious girls are strong, confident, and intelligent. They know how to handle themselves. But they’re aware that that doesn’t mean they can’t be vulnerable or emotional. One of the reasons they feel comfortable dating is because they know how to be tough without feeling the need to apologize for having emotions.

10. A good conversation in their eyes doesn’t revolve around how much money you make or how successful you are.

They’re more interested in hearing what makes you tick, what inspires you, what gets your blood flowing, and what you’re passionate about.

11. They know that sometimes they have a hard time opening up in the beginning.

They’re used to being in control, so when they’re not, it’s a little disorienting. But they enjoy the challenge of trying to get better, so it’s something they’re always keen to work on.

12. They won’t ask you to choose between them and your other priorities,

Because they’re too busy having priorities of their own.

13. Ambitious girls are attracted to people who have goals and aspirations

– people who want more than an average existence. They don’t need you to be the CEO of a Fortune 500 or an insanely successful entrepreneur. They just want to know you care about something that matters and is willing to work for it.

Read : 7 Examples of How Successful People Set Goals and Achieve Them

14. They’re not going to wait forever.

They’ll let you know, one way or another, that they like you. They’re never in a rush to jump into a relationship, but they’re also practical about where they are in their lives and when it’s time to move on. If you like them, do something about it.

15. They’re less worried about a fairytale romance and more concerned with finding someone who will simply make them happy.

They’re not preoccupied with a huge diamond ring, an over-the-top wedding, and a ridiculous love story they can tell their friends. They just want to be with someone who will love them for who they are, and never ask them to stop following their dreams.

Read : 5 Ideal Ways You Can Keep The Romance Alive In Your Relationship

For me, love makes the world go round. A hopeless romantic by heart, I believe love is the best thing about us, and most of the time I am inclined towards writing about that.View Author posts