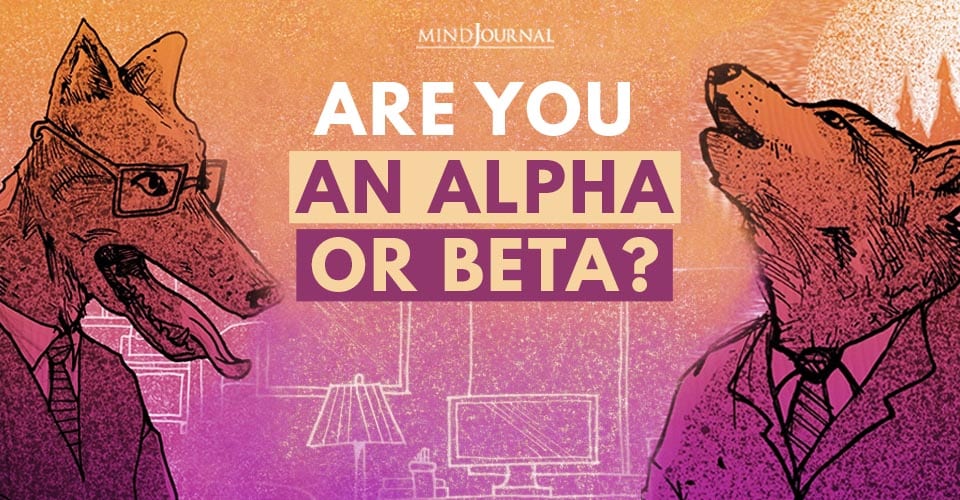 They tend to be overconfident, overly emotional and extremely manipulative. Steve Jabba explains “Gammas live a life of dishonesty both to themselves and others… They are often unattractive physically, if not because of genetics but also because they are too lazy and conceited to accept their flaws and get to work on ironing them out. Avoid Gammas at all costs if you possibly can.”

The Omega male is the polar opposite of the Alpha male. They are mostly the social outcast who everyone avoids. As they are afraid of being lonely, Omegas tend to be very clingy. They will latch on to anyone who will give them any attention. However, they are usually honest and are not deceitful like the Gammas. Most people consider them as social losers as they are mostly undesirable, clueless, damaged and sometimes creepy.

They are usually social rejects who fail to attract women. These men are mostly nerds and geeks with no love life or social life. They stick to their own gang of other nerds. Omegas are usually indifferent to other women or may even hate them. Omegas greatly lack social skills or any impressive physical attributes. The character Milton from the movie Office Space is a good example of this personality. Jabba adds “Omegas often have poor hygiene and social skills and are often physically unattractive (spots, overweight, greasy skin).” However, he believes that “Omegas actually have the most to gain. If they put forth the effort they can have a happy life relative to what they had before.” Unfortunately, they often have poor genetics and low motivation.

Although the above mentioned 6 personality types are the primary ranks in the Socio Sexual Hierarchy, starting with the Alpha male to the Omega male, there are 2 more additional personality types that you also need to know about:

The Zeta male, like the Sigma male, is also a lone wolf who minds their business. They are well aware of the established social rules and their own position in the hierarchy, but they simply don’t care about it. “The social construct created around them may be important for others, but he sees through it. He believes it all to serve only one purpose, which is to control and segregate the masses,” explains Panda Gossips.

They choose to be celibate and usually abstains from romantic relations or marriage. They are not interested in playing the games of woman as they have been through their share of bad relationships. They are highly focused on self-improvement and tend to be very successful.

The lambda male is a variation of the Zeta male who is unable to control their biological urges when it comes to women. Most pick-up artists (PUA) fall in this category as these individuals have a good understanding of the female nature. They often date casually and keep their opinions about women to themselves.

What is your rank in the hierarchy?

Are you an Alpha male? A Delta? Or an Omega? Irrespective of what your current personality type and socio-sexual rank is, you can always strive to improve it. You can choose to climb up the hierarchy once you identify your existing rank and realize what you need to do to improve yourself. “You’re not going to improve your life if you don’t know what you need to work on,” adds PUA coach Steve Jabba.

So if you want to be more successful, socially and romantically, then identify what your current position is and take the necessary steps to move ahead in the hierarchy.

Read also: 4 Key Tips to Improve Yourself as a Person

Here is an interesting video from philosopher and bestselling author Vox Day that you may find helpful: