The Sixth Love Language Which Couples Should Learn and Embrace 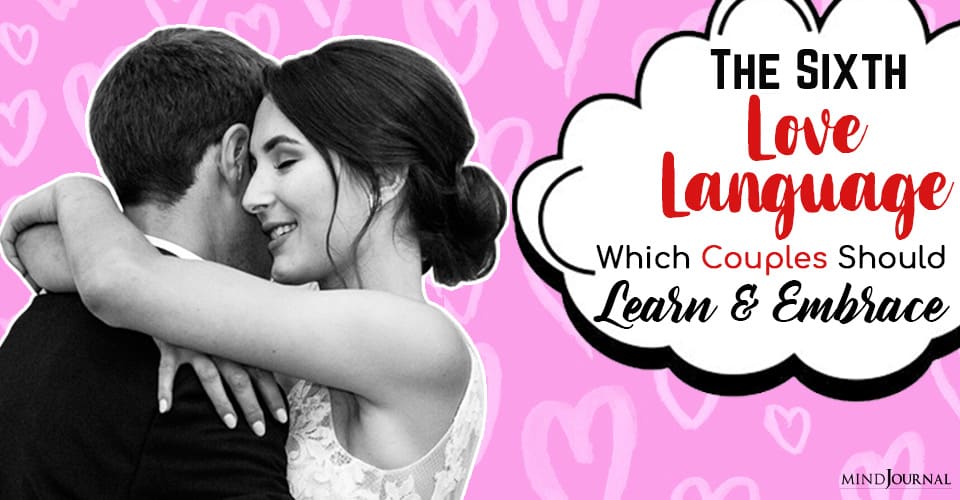 We liked being physically close so we agreed on the Gift of Touch. We craved small caresses, pats, and hugs. Vic awoke early and was downstairs at his desk drinking coffee by the time I finished meditating in the morning. I came into his office and stood beside his desk chair. He put his arm around my waist or patted me on the butt. I caressed his hair and rubbed his neck.

“And did you dream?” I asked. Or when he was sick: “How are you feeling, top of head to toe, and did you sleep?” We were interested in each other, so all our time together was quality.

Gifts? No problem. Neither of us cared much about gifts. Instead of Christmas gifts, we saved money for a trip in March or something we wanted for the house or a tractor implement.

Related: When You & Your Partner Have Different Love Languages: 6 Ways To Cope

I would add a 6th language of love: Tolerance. I could be irritable and anxious. He could be testy and rushed. I got tired of his need for mothering and the demands of his career. He became exasperated by my lack of self-confidence and excess of complaints. I was exhausted from the last two years of care-taking. But he rarely forgot how hard it was to care for a dying man. Our intolerances were replaced by love and sorrow.

We usually spoke each other’s language of love. When we forgot, we still had tolerance.