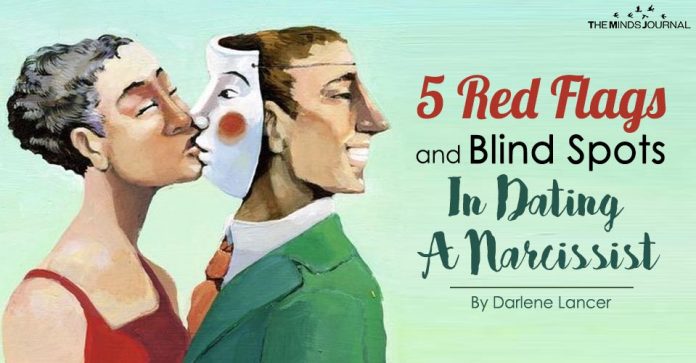 5 Red Flags and Blind Spots In Dating A Narcissist

Narcissists feel superior to other people, and can be rude or abusive when don’t get what they want. This is revealed in their behavior and how they talk about themselves and others. Is your date a fault-finder who criticizes or blames others, the opposite sex, or an ex? One day he or she may be bashing you. When you go out, notice how he or she treats waitresses, car hops, and vendors. Does he or she show other people respect, or act superior to other certain groups, such as minorities, immigrants, or people of less means or education?

Narcissists like to be associated with high-status people and institutions. They think they’re the best and want to surround themselves with the best. This is due to insecurity. Does your date think only his or her school is the best, and require the best car, the best table at the best restaurant, the finest wines, and wear expensive labels, or name drop public figures they know? This may impress you, but will later depress you when you feel ignored or like a prop in their life.

This trait is a giveaway. It reveals how narcissists think that they’re the center of the universe. They not only believe they’re special and superior to others, but also that they deserve special treatment and that rules don’t apply to them. Does your date refuse to turn off his or her cell phone at the movies, expect others to do favors, cut in line, steal things like tableware, airline blankets, or hotel ashtrays, or insist on special treatment from the parking attendant, restaurant maitre d’, or waiter? If you’re a woman, does he expect you to drive to his neighborhood? A relationship with this person will be painfully one-sided, not a two-way street. Narcissists are only interested in getting what they want and making the relationship work for them.

4) Bragging and need for admiration.

Although because narcissists want to believe they’re superior and the best, they’re actually insecure. Hence, they need constant validation, appreciation, and recognition. They seek this by bragging about themselves and their accomplishments. They may even lie or exaggerate. People who brag are trying to convince themselves and you of their greatness.

Narcissists put their needs first. They may manipulate you with flattery, belittling, or threats. Their lack of empathy may show when planning a date. Time and place might be a difficult negotiation or on their terms, especially if they sense that you’re interested in them. Initially, they may want to please you to win you over, but once they’ve made their “catch,” they want to please themselves. It’s the chase, not the catch that motivates them. Once they’re victorious, they can lose interest, and move on to the next conquest before it gets too emotionally intimate. If not, they’ll be emotionally unavailable and keep you at a distance, because they’re afraid if you get too close, you won’t like what you see.

Related Video:  7 Behaviors Common Among Adults Who Went Through Trauma At A Young Age

Listen to what your dates say about themselves and past relationships. Do they take responsibility or blame other people? Pay attention if they admit to serious shortcomings, commitment issues, infidelity, criminality, addiction, or abuse. Equally important, notice if you feel anxious or uncomfortable, pressured, controlled, ignored, or belittled.

Learn about narcissistic relationships, why narcissists are codependent, and why they’re drawn to codependents and vice versa. In recovering from codependency, you’ll build self-esteem, your estimation of your worth will rise, and you’ll expect to be considered, listened to, and treated well. You’ll convey an expectation of respect by maintaining healthy boundaries, by being assertive about your opinions, feelings, needs, and wants.

Learn about Dealing with a Narcissist. 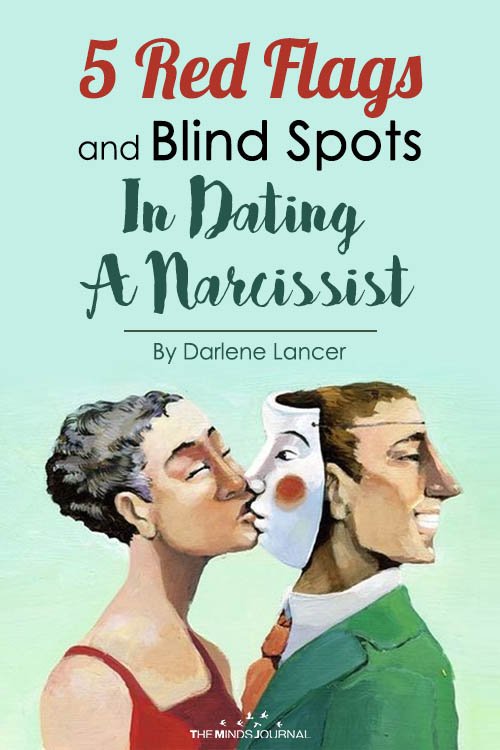