5 Good Reasons To Leave a Narcissist 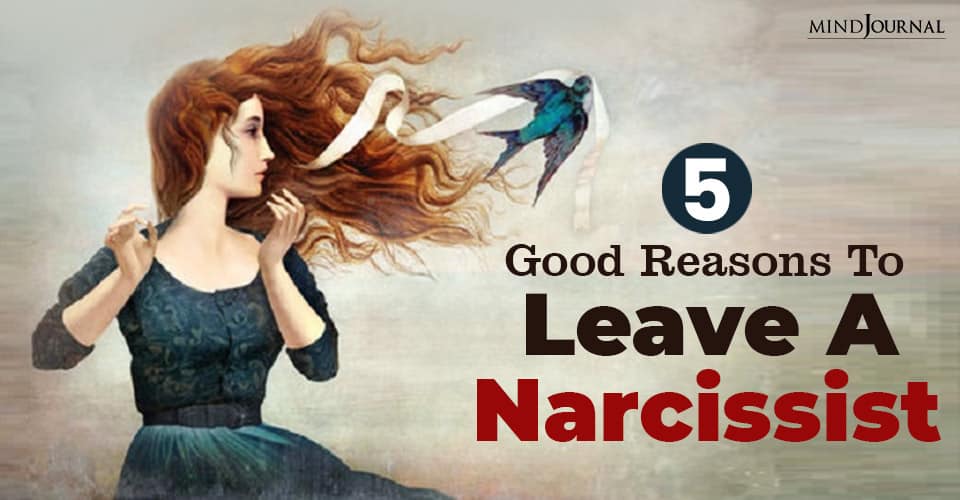 In effect, this state of misery and hatred is a projection of what the narcissistic psychopath really feels inside. They accuse and project onto others, and seek to instill, the same misery they feel and live with inside.

You’re wired, however, to be healthy, emotionally and physically, to the extent you feel good about yourself and life, It’s not a nice to have, it’s a health issue.

Whether or not you leave physically at some point, the most important leaving has to do with learning to emotionally protect your sense of self-love, agency, and priceless value as a human being.

Stop doubting yourself, and the yearnings you have for emotional connection, to be treated with dignity.

The narcissist is lost in lies and illusions that discredit the power of love, and instead elevate the power to dominate and subvert others power.

Love is the only power that brings meaning to life — empathy and kindness and compassion are essential ingredients.

First and foremost, you must break free of wanting any person’s love and acceptance apart from your own — to like yourself and fully respect yourself. Only you can rescue you, and your sense of feeling loved and valued is critical to your wellbeing.

When someone is not treating you right, you owe it to yourself to so like and respect yourself and the precious life you’ve been given, to walk away .. at least emotionally.

It’s not easy to leave a narcissist, and you’ll need to find the words to mindfully choose to say to yourself, to free yourself, and to accept and love and feel your priceless value as a human being inside.

2. You realize the extent to which you’ve believe his lies, excuses, opinions of you, others.

It makes you feel angry, in a healthy way, to note you’ve been buying into what he says he is, rather than looking more closely at what he consistently does, and doesn’t do. You notice, there is increasing chaos in many relationships you once held dear, and somehow he never owns a part, instead blames you or others for his drama and craziness. Even when he’s used abusive words or actions, you note his game is to gaslight you into thinking he’s the “victim” you must rescue to prove your loyalty.

You also note how hard you work to prove you’re not everything he accuses you of being, for example, that you’re not “selfish” or “crazy” or “controlling” or “disloyal” or “a cheat,” among other accusations.

Looking closer, you begin to notice that he uses accusations with intent, for example, to start an argument to avoid doing something he doesn’t want to do, or to block you from going somewhere you wanted to go, or perhaps just because he noticed you’re happy about something (and can’t stand it).

Even when he’s not around, it upsets you to note how much thought and energy you expend thinking about what to say or do to deal with his “insecurity” in your love and loyalty. You hate how your precious mind is taken over, as if you’re on trial and your mind is a judge and jury.

You also observe a pattern in the “things” he says to make you mistrust or turn against your family or friends. Or, if he’s a covert narcissist, you note how easily he charms others with his people-pleasing behaviours, sets you up to look appear “unreasonable” or “controlling,” and, in effect, gets others to side against you.

Stop second-guessing, trying to explain or to reason with him. It’s a total waste of time and energy. His goal is to make you feel invisible, get you to waste your energy, break your spirit. The narcissistic psychopath is in a world of their own because of the dehumanizing ideology they’ve been conditioned (by early life experiences, trauma) to live by.

The hatred and scorn and no remorse they feel for those they deem weak and mistreat, in their mind, is evidence of their superiority. You cannot “reason” with this, and it’s crazy-making to do so. Be kind to yourself. Save your energy. Take nothing he says at face value. Instead listen to your gut-deep inside if it tells you to leave a narcissist.