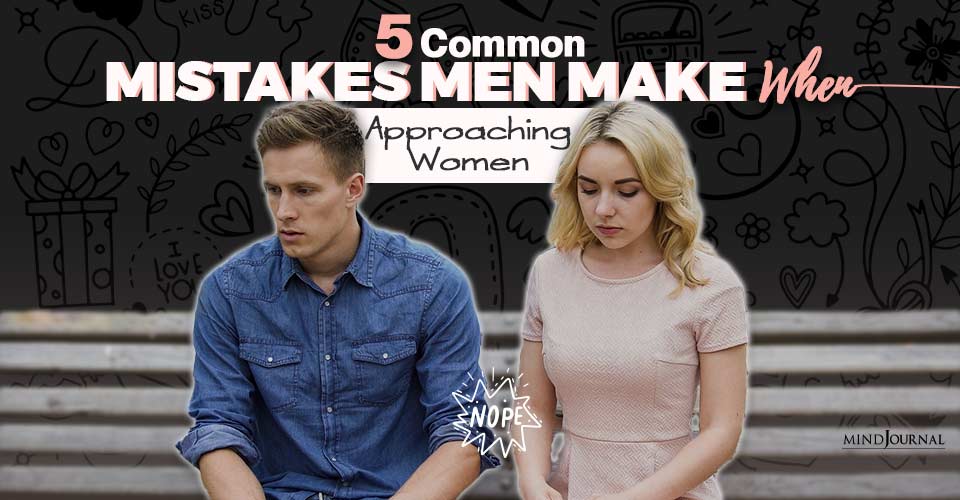 If you feel she is too intimidating, remind yourself of the fact that she’s also a human being. Don’t try to overcompensate by acting too serious, your actions will give it all away.

“Hey what’s your name, hey you look lovely, hey can I talk to you” is nothing new to a woman except she’s just hearing English for the first time ever.

When men use these regular and common words to approach a woman, the next thing that comes to her mind is “uh, another one”. Think about this, if she had said yes or had given in to every other guy who has asked her these questions, chances are, she won’t be single or walking alone at the moment.

Read The Secret Is Finally Out: This Is What Women Want From Men

So try your possible best not to be predictable, women don’t want that guy. Don’t try too hard to impress her. Instead, start by asking her what she’s doing or talking about what she’s wearing.

5. Flirt on the first sight

In the spirit of not wanting to seem regular and unpredictable, don’t resort to using flirtatious words such as “hey baby, hey you look really hot in that dress, hey nice ass” when you approach her.

In simple terms, using flirty words on a woman who you approach for the first time positions you as an asshole. And an asshole is not the opposite of a nice guy. This could also lead a woman to slap you or say something provoking to you.

Therefore, avoid anything that will make her feel like all you’re trying to do is sleep with her the next minute. Replace all flirting words for the specific genuine compliments.

If you don’t seem confident, say what every other guy says. Or appear rude by flirting with her at first sight and the next thing you know she has lost interest and is walking away.

Approaching women and asking them out on a date is not rocket science, nor is it as scary as it’s made out to be. Men just need to make sure that they do not make these common mistakes when approaching women. As long as you keep these in mind, you are not far from going on a date with the woman you like!

If you want to know more about the common mistakes men make when approaching women, check out this video below:

Mauris Othuke is a consultant and copywriter for relationship and personal development coaches. He helps coaches develop strategies on how to grow their business. He also creates content that adds exceptional value to their readers which drives readers to their coaching services. He’s a contributor to several publications. He spends his spare time giving men tips on how to understand women on Instagram.View Author posts