4 Pieces of Relationship Advice You Should Ignore 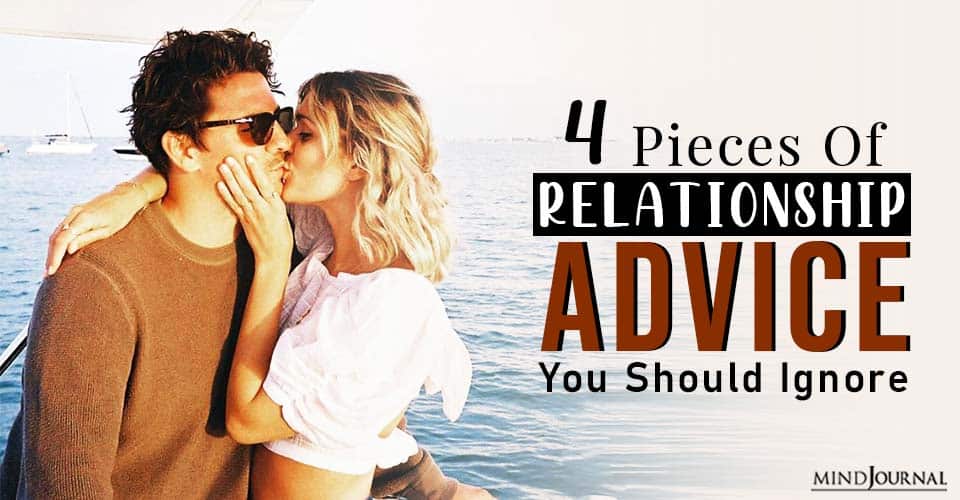 Relationship Myth #3: Sex By The Third Date Is The New Normal.

Nowadays it’s hard to know just what the expectation is around sex. Some expect it on the first date; some think each party should know by the third date if there’s a connection, and act on it. Frankly, there’s no such thing as a set timeline for having sexual encounters.

Never feel pressured by what others say is the “normal” timeframe. It’s your own decision, based on what feels right for you. And, it’s important to remember that anything of value is worth waiting for. Keep in mind that whatever a relationship is built upon determines how well it holds up. In other words, if you build a strong foundation based on friendship, respect, and trust, you’ll know if the structure will crumble or hold up when you weigh sex.

Relationship Myth #4: It’s Better To Get Back On That Horse.

We’ve all lived through scenes like this at least once in our lives: You’re getting a haircut, and the guy in the chair next to you is spilling his guts about the girl who just dumped him. (Yes! Men talk about their relationships at the salon, too!) Meanwhile, the barber is listening and carrying on with his haircut until someone blurts out, “You’d better get back on that horse right away.” We hear this advice so often that it’s become like doctrine. But we stand to differ.

Every romantic setback is an opportunity for a life-changing comeback. But this can only happen when you take time to step back and truly examine who you are, what you bring to a relationship, and, importantly, what you truly want.