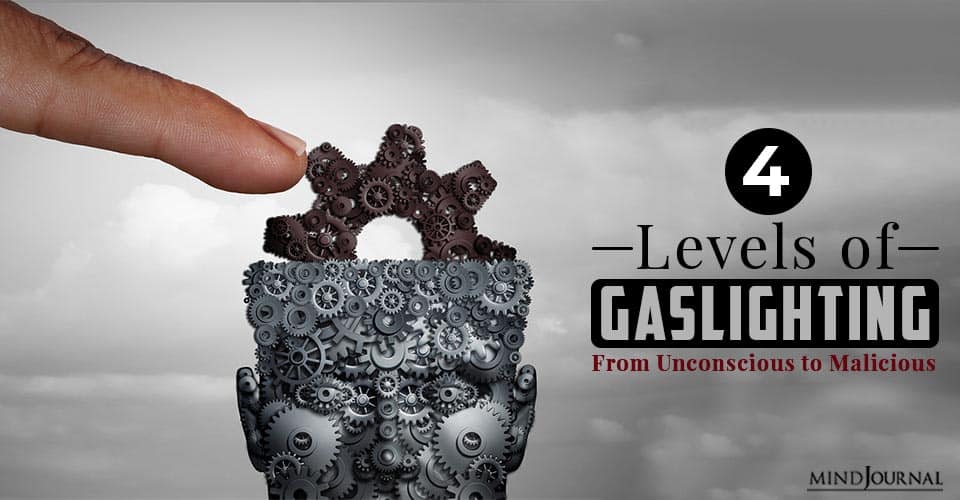 The final straw came in one of our last communications. It’s when the communication went from, “I’m upset” to “You don’t have to respond” to “I’m betrayed and You said you would . . .” to “But you don’t have to.” By the end of the message, I was left wondering if I should respond, should not respond, had done something wrong, had inadvertently impacted him in a negative way, but didn’t need to say anything . . . ?

On the one hand, I think the gaslighter in this situation is likely confused by what they are feeling, and on the other hand, it’s not their first rodeo. They have done this before, know that others end up hurt, angry, and unsettled by their actions.

Sometimes, when the gaslightee doesn’t understand, the gaslighter simply tells them, “You don’t get it.” In my case, it was true. The paradoxical pieces didn’t make sense as a cohesive whole.

“Brainwashing and gaslighting are one of many tactics used in Narcissistic Abuse Syndrome. Gaslighting is an insidious mind control method that pathological narcissists covertly use on vulnerable codependents they desire to control and dominate.” – Ross Rosenberg

This is textbook gaslighting. In Stephanie Sarkis’ article, she outlines the warning signs: blatant lies, denial, manipulation, wearing the gaslightee down, mismatching actions and words, aligning others against you, weaponizing confusion, projecting, etc.

This was the most malicious piece I experienced with my colleague. He had other people look at his project and informed me they thought it was fine. I had to step away. If he was going to gather the masses against me and to continue to prove his point against mine—actually, the company’s point—where was I to go with it? Nowhere. One person against an army is useless, and it certainly had me question what I was proposing.

Gaslighting is much more prevalent than we think it is. Sometimes it occurs as microaggressions from people who don’t know they’re doing it. I would imagine most people are guilty of this. Sometimes we know something is off, but we still pursue a line of inquiry.

Then, things take a turn for the worse, and we can be left feeling like our reality is starting to quiver, like a minor earthquake. In my own case, it wasn’t until someone else pointed it out that I began to see it. With that new perspective, I was able to heave a huge sigh of relief and understand, the furniture in my home had never been rearranged; someone was just trying to make me believe it had been.

“Gaslighting are lies with a purpose to confuse and control.” – Tracy Malone

Gaslighting is a sinister form of mental and emotional abuse used by narcissists to make you doubt your own sanity. As you will doubt everything you see, hear, experience, or remember, you will become desperate to seek validation from your narcissist. This is how they control and manipulate you.

Here’s a helpful video on dealing with gaslighting that you should check out:

It is best that you distance yourself from the toxic person & the relationship and focus on rebuilding your relationship with your family and friends. Support and love from others can help you gain self-confidence, rebuild yourself and improve your mental and emotional health. If you have already experienced any form and level of gaslighting, then it can also be a good idea to seek therapy.

You can recover from any level of gaslighting with love, support, determination, and patience.