3 Lessons I Learned From Growing Out of Trauma 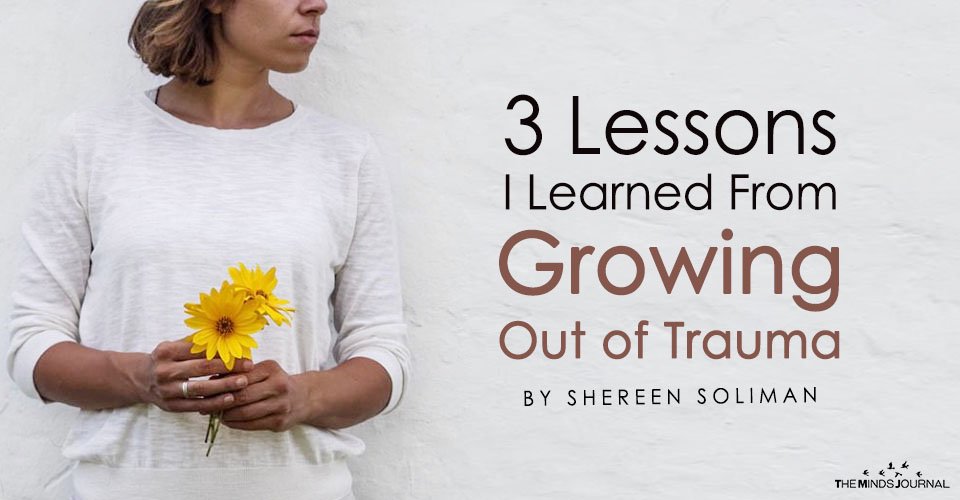 One day you are going to die.

I am going to die.

It could be tomorrow by getting hit by a bus, it could be in 20 years time with a horrible illness but the truth of the matter is that one day I will be a lifeless, cold, corpse and everything will be over.

Yes, this is pretty morbid, especially as most of my posts are bringing messages of ‘yes you can conquer anything, love life to the full etc’ but that joyful message doesn’t hit home as hard as the realization that we are all going to die someday, life is short. Embrace it.

While thinking about that, ask yourself these questions:

We can often get wrapped up in the nitty-gritty of life, and I get it, we’ve all got our things to do, got to pay the bills right? When you’ve come through a life-threatening situation though, you see things a little differently and it’s as though you really see what matters.

I remember when I experienced this mindset change quite vividly. There was a poignant moment during the attack that I seriously thought “I am going to be raped, murdered and then left here to rot”. This was the exact moment that I seemed to spring into life. As though something inside me said “No fucking way”. It was the moment that I pulled out all the stops to get out of that situation, and I did get out of it. I survived and I’m here writing about it today. That situation was the scariest thing that has happened to me in my entire life and it has brought me a whole load of uninvited emotions that I otherwise wouldn’t have experienced. They weren’t pleasant and I would never wish for someone to go through something as horrific as having to literally fight for their survival or to experience the rickershay of emotions that pop up at every trigger in the aftermath – the panic, the fear, the depression, the shame, the guilt, I could go on. However, without this experience, I wouldn’t have the perspective I do now, so I’m passing this message on to you. We only have one life, don’t take it for granted.

2) Fear is a signpost for growth

Fear is a funny thing, sometimes I know it’s there and I can really feel the terror, the butterflies, the anxiety – like I’m going to physically vomit  because of it, and then sometimes I can’t feel it at all but it’s there lingering in the background controlling my thoughts and actions behind my subconscious state. The second type of fear is the most debilitating, it’s the unconscious state of fear that causes us to disengage in a relationship, cause arguments to create distance and generally provoke negative actions in a way to protect ourselves.

What I’ve come to realize as I unpick the triggers in my post-trauma state is that every negative reaction we have usually come from fear. That means any judgment or blame towards others, the avoidance of a particular subject/person, numbness, suppression or outright anger – all of these deflection techniques are the ego’s way of protecting us when we’re in a state of fear. When we become aware of this and we can see the ego’s behavior it becomes easier to question it and find out why the fear is there in the first place and from my own experience I’ve found that underneath fear are almost always signposts for growth.

In a recent situation where I was starting to become vulnerable with a man I found myself judging, blaming and becoming angry with him, I didn’t even realize that I was doing it until a friend pointed this out to me. So I decided to address it like all my other triggers. When I did this, at first I found myself in tears. I was terrified. I was scared that if I let someone into that vulnerable emotional space that something awful was going to happen to me and that I would experience all the emotions from heartbreak, attempted rape and the death of someone close all over again. I desperately did not want to feel all those emotions in that intensity again and I was terrified that this situation was headed that way. Having got to know my triggers very well, I know that they create a whole world of illogical scenarios in my head based on a couple of situations in my life and during those moments of fear I remember what those scenarios feel like which causes me to back out fast. The reality though is very different because the past doesn’t determine the future and the trick is to remind myself of this reality when I’m experiencing what feels like very real occurrences. Practicing that continuously is what has allowed me to grow out of trauma into a more authentic and stronger person than I was before. The next time you find yourself bearing way from something, as yourself why? If it comes down to fear then it could be an opportunity for growth too.

Anyone who knows about Brene Brown’s research on shame and vulnerability will already know that vulnerability is where human connections thrive. I’ve watched her TED talks, I’d read the books but what I hadn’t done is really practiced what she preached when it came to vulnerability and to be honest, it’s because I wasn’t aware that I didn’t know how to be vulnerable. To be completely honest, I thought I knew all about the vulnerability before I experienced my traumas but in reality, I was running away from all negative feelings in my very privileged and somewhat entitled life, without the awareness that I was running.

So when I was faced with so many difficult situations I got to experience first-hand what she meant in The Power of Vulnerability, especially when she explains about those vulnerable moments:

When I was on the receiving end of these situations I appreciated the friends who called me and said “I don’t know what to say”, over those who just avoided me altogether because we could at least converse over the fact that neither of us knew how to deal with the situation which meant we were in it together. I also did this with the vulnerable situation where I acted reactively with the guy I previously mentioned after I had become vulnerable. I explained that I was terrified and that I didn’t know how to handle the situation and because of that I had pushed him away. In both these situations, I found that communicating the very observation of the feeling led to me becoming a lot closer with these people and that is the start of practicing vulnerability.

All our life experiences give us a choice. The choice to deal with them, learn and grow from them or the choice to shut off, avoid and live in a life of safeguards.

For me, the latter meant that I would give up the nomadic lifestyle which was the very thing that made me feel alive, so I had to find a way to grow out of it or I knew that I faced a life locked in silent misery, clouded by apathy and an inability to connect with other people. Urgh, no thanks.

I’m on a mission to create greater sense wellbeing for ourselves and the planet that we live on. To teach others how to connect authentically with themselves, so they can connect authentically with others. It starts with learning self-awareness, maintaining a strong value system that serves us and having the emotional intelligence to move through a whole spectrum of emotions so we can connect without attachment.

If you want the EQ tools to connect authentically with your values and the values of your fellow humans, then contact me directly to see how I can help you. Find out more about workshops, training and tailored learning packages at www.shereensoliman.com.

I'm Shereen, a traveler, deep-thinker, and explorer of all things inside and out. After experiencing some traumatic incidents which took me away from my nomadic lifestyle, I made it my mission to get back to living free and fearlessness no matter what. I write about what helped me process all the traumas, how they've changed my life (for the better), and why steering your own recovery is the most important thing you'll ever learn. Feel free to reach out to me via www.shereensoliman.com or www.traumaontour.com, happy exploringView Author posts