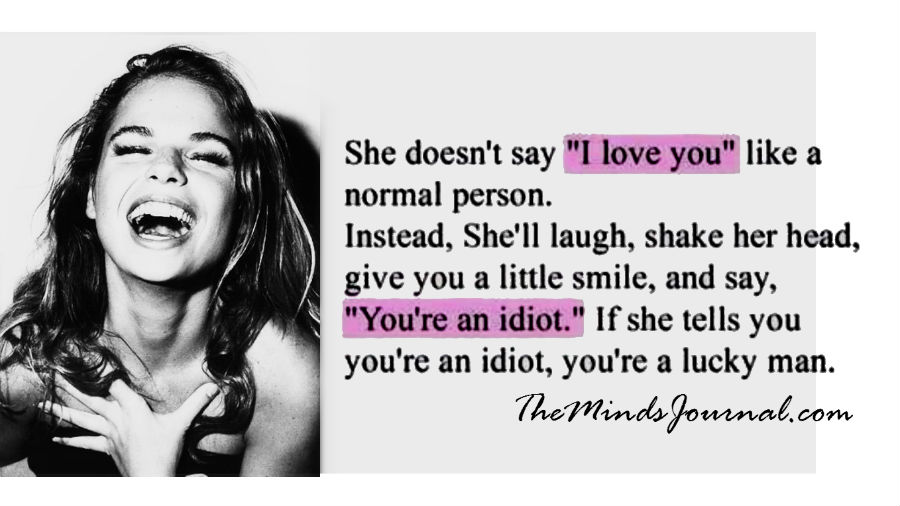 20 Traits Of A Sarcastic Girlfriend

14) She’s really proud.
That can be a bad thing because she rarely admits she’s mistaken about something. When she realize she said something wrong, she stops talking and she looks really angry. She’s basically angry with herself.

15) She doesn’t really know how to make a move.
She truly doesn’t know how to give you the signal that she likes you/loves you/cares about you/wants to apologize. She’s just hoping you will see through her sarcasm and see she’s basically dying for you to notice her.

16) She can see right through you.
Understanding other people’s state of mind and emotions are related to her ability to understand sarcasm. If she is responding with a sarcastic remark to your excuse, then she probably doesn’t believe you. So you’d better watch out!

17) She is an introvert.
That’s because she finds meeting new people exhausting! She has to be nice and friendly, until she knows them well enough to unveil her true self.

18) She likes dating smart people.
You are not the type to keep quite at her nonsensical comments and more often than not, provide some extremely witty comebacks of your own.

19) She can somehow insult you whilst making you laugh.
You don’t even realize until after, but by then her humor has won your forgiveness. That’s why she’s adorable.

20) She doesn’t have a lot of friends.
But it’s not because people hate her sarcasm. It’s actually because she likes choosing the right people to be by her side. She also believes that the less, the better. So if you’re her boyfriend, you’re a lucky guy. And remember: she chose you!