20 Subtle Hints He Wants To Be More Than Just Friends 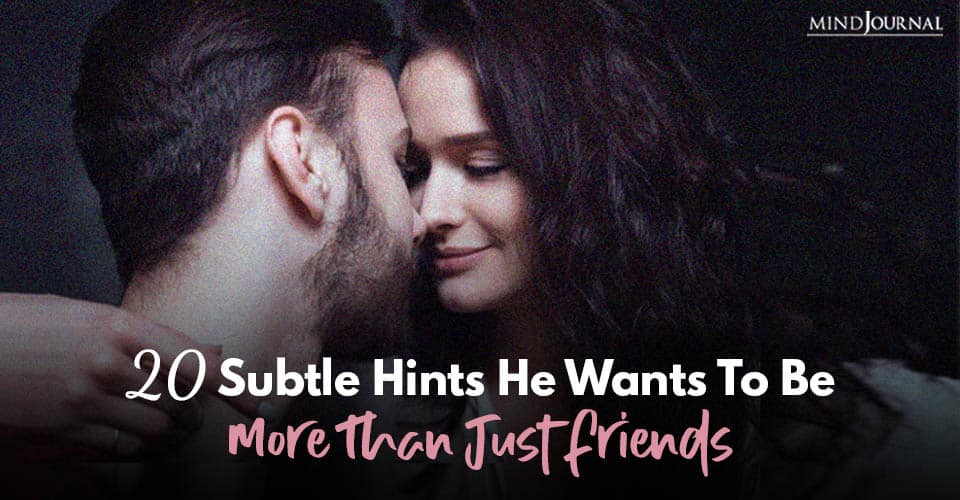 He doesn’t let you out of his car until he opens the door for you. He shows interest in carrying your bag when it’s heavy. He pulls a chair for you in a restaurant. And he pays the bill most of the time when you hang out with him. He is a gentleman when he’s with you because he wants to prove to you that someone like him still exists in this day and age.

He tells you his past openly, wholeheartedly. He doesn’t try to cover any bad parts of his life because he wants you to know the real him. He likes to show you that he is someone you can trust. He tells you when something bothers him. And he answers each of your questions in all honesty.

19. He shares his future plans with you.

It’s rare that a guy opens up his thoughts about his future with anyone. So when a guy shares his future plans with you, it means you are someone special to him. He is willing to be vulnerable and reveal his goals in life with you. It’s an intimate, sacred act for him to tell you the dreams that he has on his mind. He’s giving you the opportunity to know the man that he’s aiming to become one day.

Related: The Image You See First Will Reveal The Way You Fall In Love: Personality Test

He respects your opinions, even if they are different from his. He acknowledges your limitations and makes sure he doesn’t cross any boundaries. He doesn’t use your weaknesses to his advantage. He understands when you’re busy and you’re unable to share a piece of your time with him. And he highly respects the fact that you are a human being that needs space sometimes.

This article was originally published at Thought Catalog. Reprinted with permission from the author.