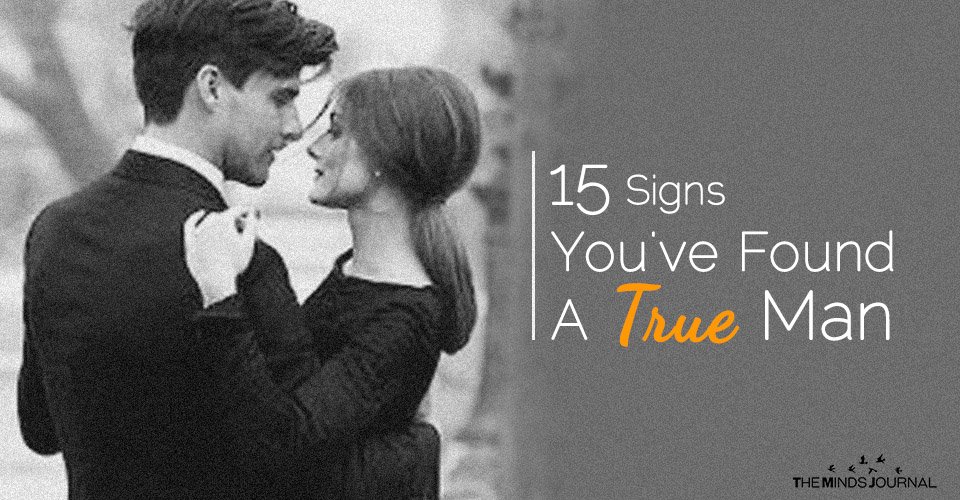 “A gentleman is someone who does not what he wants to do, but what he should do.” ― Haruki Murakami, Norwegian Wood.

A lot of guys flatter and do things to impress woman which often leaves us confused regarding how we should identify a true gentleman. These 15 signs will tell you how:

He doesn’t fake smiles. He laughs genuinely and when he does, he laughs out loud.

2.  He’s well balanced in both his personal and professional life and maintains sophistication and class:

Yeah, he’s that kind of a man who is classy and sophisticated in his personal and professional life. He knows how to text and exclamation marks? He knows their exact usage.

This one is a necessity. If he is hygienic, trims his nails and hair at the saloon, takes proper care of beard, then he’s definitely a gentleman.

Read Is He A Keeper? 12 Things Only A True Gentleman Will Do

4.  He doesn’t play games with his love-interest:

If he’s genuinely interested in the woman, he calls her without waiting for a few days, hoping she will contact him. He takes her out on a date, he makes all the arrangements to make the date special for her and even drops her off.

5.  He will take serious decisions after the first date:

If he feels he would want to be with her after the first date, he wouldn’t flatter and be modest with her letting her know of his feelings. If he doesn’t want another date, he would be honest about it but cut it short without humiliating her.

No, he’s not the one who will keep on texting. If he’s really interested, he would talk and meet.

7.  He wants to get both physically and emotionally involved with his lady-love:

Of course, he wants to have his lady-love sleep with him but he also wants to get emotionally connected to her.

8.   He wants an independent partner, an equal, not anyone’s savior or a babysitter:

He isn’t interested in babysitting his lady-love or rescuing her from dangers. He is looking for a partner who will be equally independent. He will be there by her side but as an equal. There’s no question of dominating.

9.  He courts his lady-life because he’s bold enough to show his care:

He is strong enough to show that he cares for his lady-love. That why he courts her, opens doors for her, takes coats, etc.

10.  He wants a woman who loves him for the person he is:

He’s confident and he takes pride in whatever he does or whoever he is with. Be it the woman he loves or the job he does or the way he dresses up, he’s proud of them. He doesn’t need validation from others.

While he loves courting, he doesn’t need his woman to court him. Neither does he want her to babysit him.