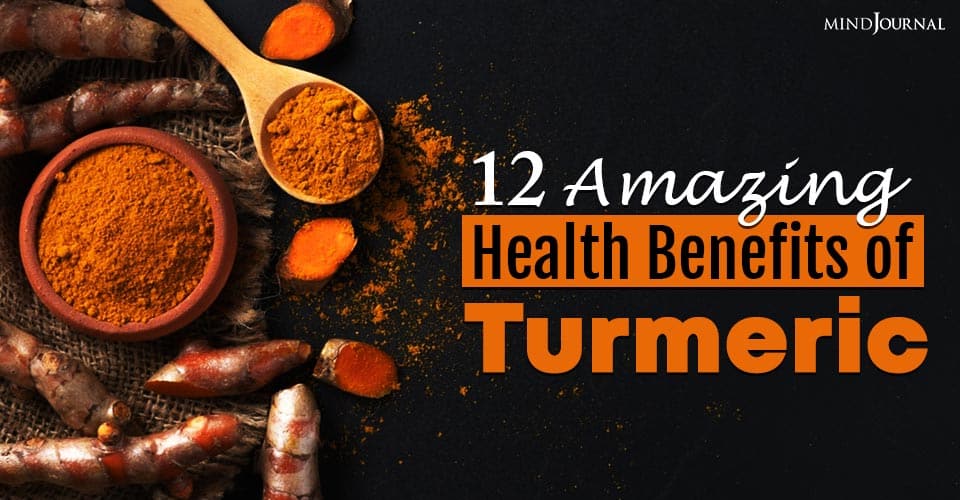 7) It Works As A Natural Anti-Depressant

Leading research in China has found out that Curcumin found in Turmeric works as a natural anti-depressant.

“An important theory to explain the cause of depression is the monoamine hypothesis which suggests that there is impairment of monoaminergic functions and the decrease of serotonin, norepinephrine and dopamine levels.”

At present, there are several types of antidepressants used in clinical practice, including tricyclic antidepressants (TCAs), selective serotonin reuptake inhibitors (SSRIs), selective reversible inhibitors of monoamine oxidase A (RIMAs), and specific serotonin-norepinephrine reuptake inhibitors (SNRIs), however, these drugs can produce many side-effects, therefore, considerable efforts are being invested in the discovery of better drugs for the treatment of depression

Herbal medicines such as St. John’s wort have been used as alternative therapies for depression. Curcuma longa (Family: Zingiberaceae), also called Yu-jin in Chinese, has long been used in food and medicine.” – BMC Complementary and Alternative Medicine

Related: Does Social Media Increase Teen Depression? This Is What Research Says

Leading researchers at the American Cancer Society have found out that Curcumin found in Turmeric, “interferes with several important molecular pathways involved in cancer development, growth and spread.” This is one of the most amazing health benefits of turmeric.

Further studies by the US National Library of Medicine and National Institutes of Health, explain the various “pathways” that curcumin counteracts to gain such properties.

9) It Aids In Digestive And Gastrointestinal Disorders

It is a well-known fact that Turmeric has anti-inflammatory properties; therefore it is used extensively to aid digestive and gastrointestinal disorders.

A leading study at the University of Maryland Medical Center, found out various conditions in which Turmeric can be used. Some of the key findings of the study are as follows:

Curcumin which is a key ingredient in Turmeric, increases bile production in Gall bladder which supposedly helps to improve digestion

One exception to the use of Turmeric in treating Stomach issues is Stomach Ulcers. The researchers advised against using Turmeric to treat stomach ulcers because its usage may increase the production of stomach acid.

A lot of scientific studies on the benefits of turmeric found out that Curcumin helps to increase our cognition abilities. Not only this, but it is also believed to help in warding off neurodegenerative disorders like – Dementia and Alzheimer’s.

Another exciting discovery is that including Turmeric in our diet can actually aid in Neuroplasticity – the development of new pathways in the brain….Now, who would have thought that.. Whoa!!

In the same study conducted by the University of Maryland, scientists found out that:

1. Curcumin has plaque removing qualities. Plaque buildup in arteries is actually the potential cause of a heart attack or stroke.
2. Curcumin also helps in reducing bad cholesterol known as LDL.

These are incredible benefits of turmeric, isn’t it?

Since Turmeric has anti-inflammatory properties, it is also very effective in alleviating arthritis symptoms. A lot of medical practitioners recommend including Turmeric as a supplement in their diet along with prescribed medicines to relieve the symptoms.

Please share these health benefits of turmeric with anyone who you may think will find it valuable and helpful.