10 Signs A Child Has Magical Powers 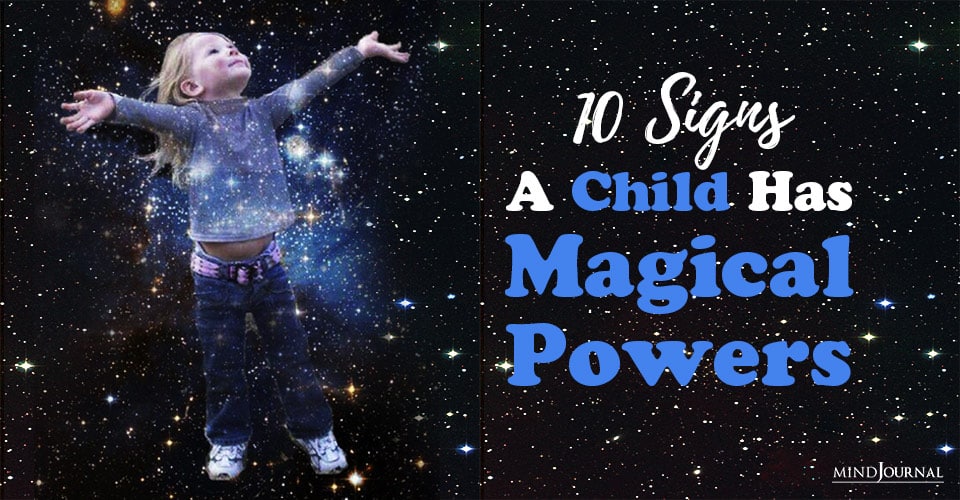 First of all WE ALL need to learn from these children. Trees and herbs feel our love. This is a very important lesson in alchemy. The qualities of trees and herbs are magnified with special treatment. And Love is a catalyst.

Moreover, as you have guessed, you may have given birth to a young druid. Encourage your magical child to keep on communicating with flora.

As we’ve already discussed in several articles, animals have an ability to see the aura and the energy of humans. This is why some animals are attracted to certain humans. In the same way, when our energy changes, we attract or stop attracting other kinds of animals.

Children who attract animals are considered blessed ones. In some cultures, this may be a sign of a born spiritual leader.

Read 25 Characteristics Of An Indigo Child

7. The child instinctively understands the teachings of Spiritual Leaders without even trying?

Most teachings of major spiritual leaders and ancient philosophers (like Jesus Christ, Buddha, Hesiod, Socrates) have something in common. These patterns and the deep meaning of their teachings are obvious to only a few Awakened Ones.

Children you are born special love to think of the ideas presented by ancient philosophers and spiritual leaders. If your child loves to discuss with you the meaning of religion and ancient ways you have a magical child in your hands.

8. Does child draw Symbols and Runes?

Symbols are archetypes of Magical Patterns. Each symbol has magical energy bound with it. Hence, they act as arks of ancient knowledge and beacons of magical powers.

A child with magical powers loves to experiment with symbols and runes. Why? Because it’s the first time (for this life) to sense the effect of their magical energy.

Moreover, a magical child possibly carves runes and symbols for protection or other purposes.

9. The child loves to read ancient mythology and old religions

Ancient Religions were active for millennia. They were close to nature and practice witchcraft in an obvious and effective way. Ancient priests and priestesses took oaths which may follow souls for many life-spans.

A re-incarnated ancient priest or priestess surely possesses the magic of other life-spans. Hence this magical child is, in fact, a reborn Awakened individual who shares wisdom from the Old Religion.

Read 11 Superpowers of an Introverted Child

10.  The child has Witch Marks

Witch Marks are interesting markings on one’s body. It is believed that re-incarnated witches and ancient priests and priestesses bear special markings. Witch Marks act as witnesses to past magical experiences.

Whether you gave birth to a naturally Magical Child or Not, you can raise him/her to become Magical (see here more).

Moreover, if your child does present these kinds of signs, then s/he has magical powers, it’s your responsibility to further cultivate his/her talents. Raise an Awakened One.